More than 1,370 suspects arrested in Gauteng over the weekend

Suspects were arrested for the contravention of the Disaster Management Act and other crimes. 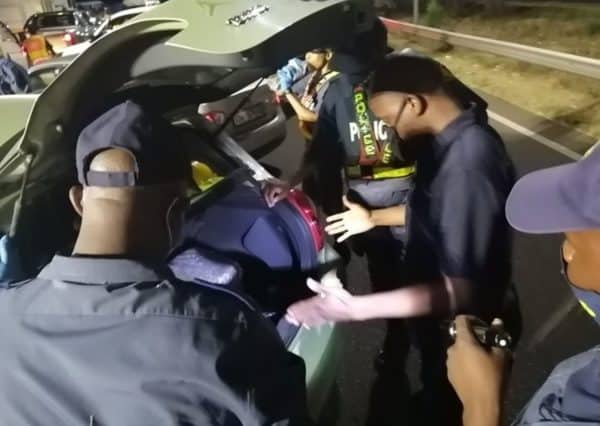 More than 1,370 suspects were arrested in Gauteng over the weekend, including people on the police’s list of wanted suspects.

Operation O Kae Molao was aimed at combating crime and making sure lockdown regulations were adhered to.

In Tshwane, the SAPS and other law enforcement agencies set up road blocks, stop-and-search operations, foot patrols, tracing of wanted suspects, inspections at second-hand goods dealers and raiding of illegal liquor outlets. This led to 355 arrests.

Suspects were arrested for:

Meanwhile, 535 suspects were arrested in Ekurhuleni, 161 in the West Rand, 218 in Johannesburg and 104 in Sedibeng.

These suspects were arrested for the contravention of the Disaster Management Act and other crimes such as driving under the influence of alcohol, murder, attempted murder, rape, assault with intent to cause grievous bodily harm, possession of unlicensed firearms, intimidation, and possession of drugs.

The arrested suspects would appear at various magistrates’ courts across Gauteng.

In Manenberg, in the Western Cape, officers arrested three suspects on Sunday night for the illegal possession of a firearm.

The officers were responding to a shooting incident in the area when they spotted the suspects and found a .38 Special revolver and four rounds of ammunition in their possession.

The suspects, aged 22, 23 and 29, were arrested and will appear in court in Athlone to face the charges against them.

A .38 Special revolver and 55 rounds of ammunition was also seized in Samora Machel on Sunday morning and a 52-year-old woman was arrested. She is also expected to appear in court in Athlone.