The second incident took place on Saturday, where rangers followed up after hearing gunshots and stumbled upon two suspected poachers. 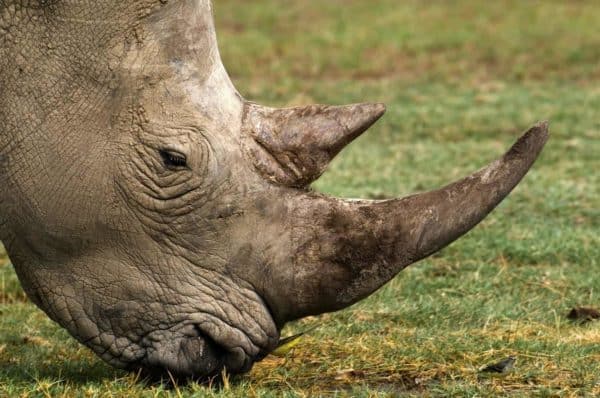 Members of the Rangers Corp, assisted by the K9 Unit and the Aviators of the Airwing effected the arrests at the Stolznek section of the Park.

In the first incident on Friday, rangers followed up on a spoor and startled the suspected poachers sitting under a tree who tried to flee. However, the rangers quickly rounded up and successfully arrested them.

“A high calibre hunting rifle, ammunition and poaching equipment were seized at the scene. The suspects will appear in court in due course while investigations continue,” said SANParks.

The second incident took place on Saturday, where rangers followed up after hearing gunshots and stumbled upon two suspected poachers.

The one suspect who had a rifle was fatally wounded while the second managed to evade arrest.

“A backpack with two rhino horns was recovered next to the body of the suspect as well as a high calibre rifle and poaching equipment. A carcass of a male black rhino was found nearby, indicating that the horns were hacked from this particular animal,” said SANParks.

Meanwhile, the Skukuza Regional Court sentenced Simon Lubisi to an effective 19 years in prison for killing and dehorning a rhino.

Lubisi was arrested in the Crocodile Bridge Section together with three co-accused while busy dehorning a rhino. One suspect was fatally wounded when he shot at the rangers and the three accused were arrested and granted bail upon their appearance in court.

They all absconded but Lubisi was arrested again in the Park and stood trial, resulting in his conviction and sentencing on Thursday.

“We are saddened to have lost a rhino over the weekend but are encouraged by the brave actions of our multi- disciplinary anti-poaching teams who successfully took out two rifles from the system and apprehended suspects who are now in custody. We also appreciate the heavy sentences that the Skukuza Regional court have been handing down recently, it gives motivation to all those who work tirelessly to arrest the suspects found in the park. The kingpins are still out there and we hope they get arrested soon to face the might of the law for their criminality,” said managing executive of the KNP, Gareth Coleman.