Last month, four taxis were torched and six damaged in the Johannesburg CBD. 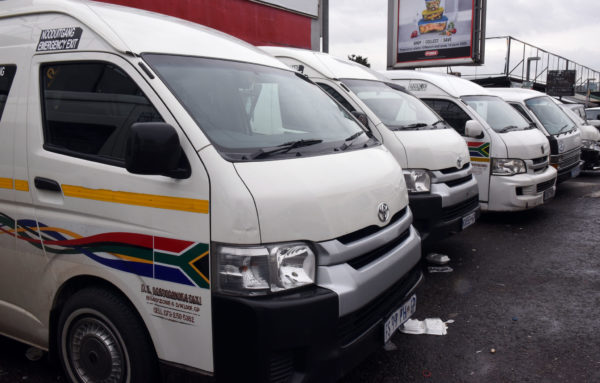 Three more suspects have been arrested in connection to the recent taxi violence in Johannesburg and Soweto.

Last month, four taxis were torched and six damaged in the Johannesburg CBD, while two taxis were also set alight in Soweto.

During the chaos, operations were suspended as two drivers were assaulted.

WATA has blamed government for causing the violence.

The South African Police Service (Saps) in Gauteng has since arrested a total of seven suspects.

The three suspects, who are facing charges of malicious damage to property, were arrested on Thursday in Johannesburg.

Muridili said the other four suspects, arrested on various dates, had already appeared in court and were all granted bail.

On 22 October, Gauteng transport and roads infrastructure MEC Jacob Mamabolo met with the two associations, where the parties involved agreed to a ceasefire.

At the time, Mamabolo said a peace deal had not yet been signed.

However, the MEC said a lasting solution had been reached, with the deal expected to be sealed.

The Gauteng government has obtained an order interdicting the violence between the two associations.

Santaco in Gauteng previously urged the provincial government to avoid giving the same routes to the associations.

The City of Cape Town continues to be plagued by taxi violence with the latest incident saw an office administrator aligned with the Cape Amalgamated Taxi Association (Cata) gunned down last week Wednesday.

Two other taxi operators sustained gun wounds and were rushed to hospital.

According to Nyanga police spokesperson Captain Ntomboxolo Sitshitshi, a murder case has been opened and the shooting is under investigation.

Meanwhile, Cata secretary Mandla Hermanus dismissed suggestions the Cape Organisation of Democratic Taxi Association (Codeta) may have been behind the incident.

Back in August, Cata and Codeta reached a ceasefire.

The ongoing taxi industry-related violence in Cape Town has left more than 80 people dead since January this year due to a dispute between the warring taxi associations, who have been fighting over control of a route between Paarl and Mbekweni.