Murders increased by 20.7%. Here are the 10 most dangerous places in South Africa. 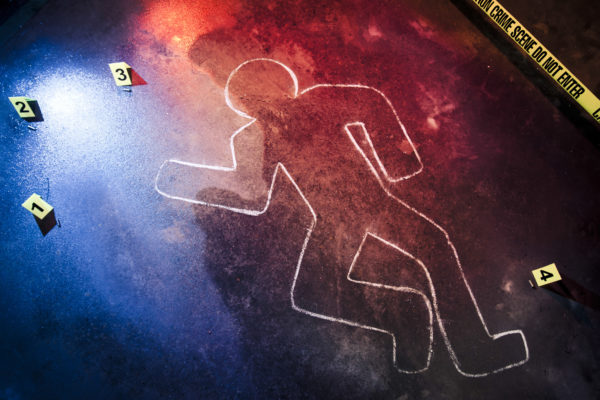 The briefing paints a bleak picture as all contact crimes, such as rape and murder, show a marked increase from the first quarter’s statistics.

Most notably are the murders committed in South Africa. Here’s what you need to know.

Murder is the unlawful and intentional killing of another person, and these statistics are considered the most reliable, according to the Institute for Security Studies.

Africa Check explains this is because most murders can be independently verified.

The 2021 Q2 crime statistics show an increase of 20.7%, with Major-General Norman Sekhukhune confirming the increase of 1,056 incidents.

KwaZulu-Natal and the Western Cape recorded the most murders nationally, while no region in Gauteng made it to the top 10 list.

The most dangerous district in South Africa, currently, is Inanda in KwaZulu-Natal, as this is the station with the highest reported cases of murder.

Between July and September, 92 cases were reported to the Inanda Police Station. This is 34 more when compared to the same period in 2020, and is an increase of 58.6%.

While Inanda is right at the top of the list, Verulam in KwaZulu-Natal showed the biggest increase – 225%.

According to the Verulam police station, 43 murder were committed during Q2 of 2021, compared to the 13 murder reported during the same period in 2020.

Most dangerous regions in SA

Second on the list of most dangerous police station districts is Umlazi in KZN, where 84 murders were committed between July and September this year.

During the same period in 2020, only 34 murders were recorded, signalling an increase of 147%.

Meanwhile, Phoenix, in KZN, reported an increase of 225%, likely due to the violent protests back in July.

The Phoenix police station recorded 37 murders during Q2, whereas only 12 were reported between July and September 2020.

'Women, children need to be educated on how to avoid being raped,' says Gauteng police chief
1 week ago
1 week ago
PREMIUM!

'Women, children need to be educated on how to avoid being raped,' says Gauteng police chief
1 week ago
1 week ago
PREMIUM!