People are buying fake degrees now more than ever

There are ways to spot people with fake qualifications, and SA is actually ahead of the rest of the world in some ways. Fake credentials have become a global problem. The National Student Clearinghouse, a US NGO that offers a degree verification service, reports that falsified academic credentials are a serious, prevalent and ever-increasing problem. In 2015 the New York Times reported on a billion-dollar industry consisting of 3,300 “diploma mills”. These were fake universities that sold certificates for all levels of degrees, worldwide.

Buying totally fake academic certificates is only part of the problem. Those who have degrees may falsify their academic transcripts. This is made easier by the availability of sophisticated technology. Higher education is highly sought-after and provides a measure of status and improved job prospects. So some working professionals may not be able to resist the temptation of adding or altering a qualification on their CVs.

Fake credentials are becoming more common in South Africa. In 2018, the country saw a sharp increase in the number of fraudulent qualifications reported to regulatory bodies such as the South African Qualifications Authority. Higher Education Minister Naledi Pandor revealed that the number of reported cases spiked from just 37 in 2011/12 to 982 in the 2017/18 financial year.

This only represents the number of fake credentials reported. The real number may be much higher. This poses a serious problem for universities and employers. It undermines their legitimacy and reputation and robs honest candidates of opportunities for further education or employment.

Fortunately, there are steps that universities and employers can take to protect themselves. These include the use of verification systems, reference checking and competency-based interviews.

For universities, fake qualifications pose a reputational risk – within other academic institutions and in the workplace. If postgraduate students manage to gain entry on a falsified transcript, their performance will be below standard. Future applicants from that university may be disadvantaged by association.

This also poses a risk to university selection criteria data and policy, as it damages the validity of using prior academic records as a predictor of success.

Another consequence is that fraudulent qualifications may increase the tendency for institutions to hire their own – accepting more students from their own institution for further study, or employment, rather than recruiting from further afield. That’s because students who’ve already been trained by the institution are more easily verified and represent a known entity.

For employers, hiring those who have falsified their qualifications or lied on their CVs can lead to costly exposure to legal action, high staff turnover, lost revenue and public reputational damage which may take years to repair.

For example, in 2012 it was discovered that Scott Thompson, the then CEO of Yahoo, had not earned the computer science degree he claimed. Instead, he had a degree in accounting. Herbalife’s CEO, Gregory Probert, was forced to resign in 2008 after it emerged that he did not have the MBA he claimed to.

The University of Cape Town, where we work and conduct research, checks the validity of every undergraduate applicant’s school-leaving certificate. Postgraduate applicants must undergo rigorous selection processes. If falsified documentation is discovered, the application is rejected; in some instances, an enquiry or disciplinary process follows.

This approach is available to all universities in the country. South Africa is ahead of the curve when it comes to the ability to verify qualifications. It boasts a fully-automated centralised online degree verification system called MiE. This was the first commercial background screening company of its kind worldwide.

The system links higher education institutions to a centralised database where third party queries may be fielded. The service verifies Grade 12 certificates and checks tertiary qualifications. These include short courses, diplomas and degrees, which are checked directly with local and global institutions. The system also checks whether an academic institution is accredited by the relevant governing body.

For employers, and universities who are also large employers, it is imperative to follow due diligence and check references. Developing collegial relationships across institutions and other organisations can facilitate the due diligence process. Employers must do their homework online as well: check candidates’ online presence and across social networking sites such as LinkedIn and Facebook.

In addition, a competency-based interview can go a long way in alerting interviewers to what may be a falsified qualification. Use the interview process to look for depth of knowledge across the applicant’s field.

Finally, when in doubt, don’t appoint. Additionally, have the courage not to appoint straight away. Even if someone appears to tick all the boxes, there is still a responsibility for due diligence. Re-advertise and continue the search to find other applicants when doubts arise. Taking extra time and care to properly vet qualifications, references and CVs will pay dividends in the long run. 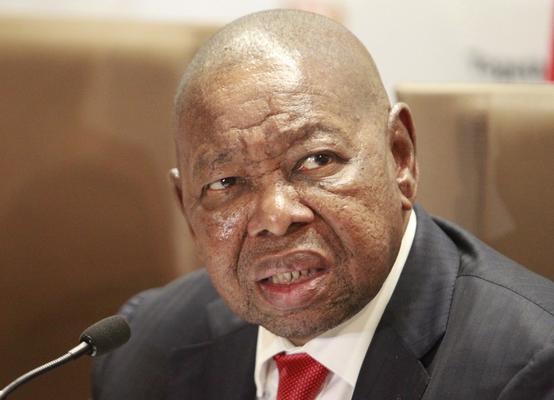 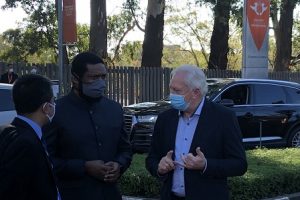 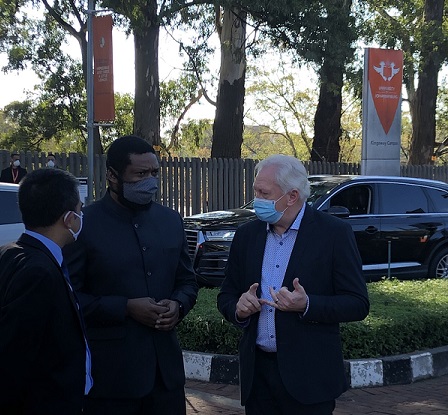