Hoërskool Roodepoort ‘is a danger zone’

Eight classrooms in a three-storey building at the school are unusable, with sagging and cracked concrete slabs, a teachers' union says. 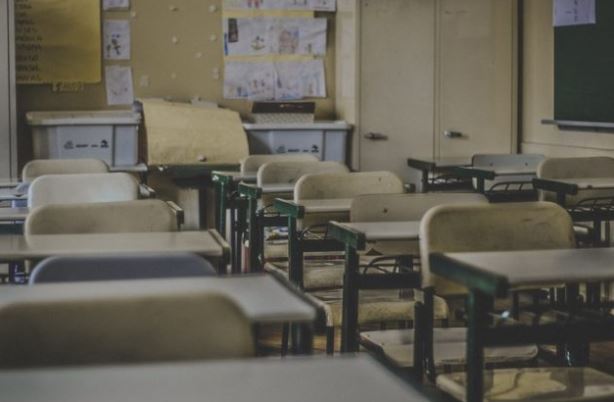 Barely a week after a walkway at Hoërskool Driehoek in Vanderbijlpark collapsed killing four pupils, a union is warning of a disaster waiting to happen at another Gauteng school.

The Suid-Afrikaanse Onderwysersunie (SAOU) said eight classrooms in a three-storey building at Hoërskool Roodepoort were unusable, with sagging and cracked concrete slabs.

The union said that in terms of the National Building and Building Standards Act, the concrete slabs failed deflection and structural integrity standards.

Johan Kruger, the union’s operations director, said the City of Joburg had issued the school with a notice to the effect that it was in contravention of the Act.

“After more than a year-and-a-half of requests and in light of recent events, the matter has become critically urgent,” he said.

The structural integrity of the section was said to have been found to be far below acceptable standards set out in the Act.

The revelation of the dilapidated state of the school came as Africa Check revealed yesterday that President Cyril Ramaphosa’s last State of the Nation address included a pledge that the accelerated Schools Infrastructure Delivery Initiative would “complete all outstanding projects by the end of the next financial year”.

Africa Check researcher Cayley Clifford said that Ramaphosa, updating the country on the progress of the initiative, had said 187 schools had been completed and promised the programme would complete the rest by the end of the next financial year on March 31 this year.

But Clifford said data showed that only 205 schools, less than half the target, were completed.

The Democratic Alliance was denied access to the school yesterday. Its education spokesperson, Khume Ramulifho, said he suspected the department of education did not want to be exposed for “not having their house in order” ahead of the elections.

The department has sent an internal structural engineer to assess the structure and make recommendations.

Spokesperson Steve Mabona said the affected structures were not in use and the department was sourcing service providers to do repairs.