A small group has gathered outside of Parktown Boys’ High School to stand in solidarity with Enoch Mpianzi’s parents. 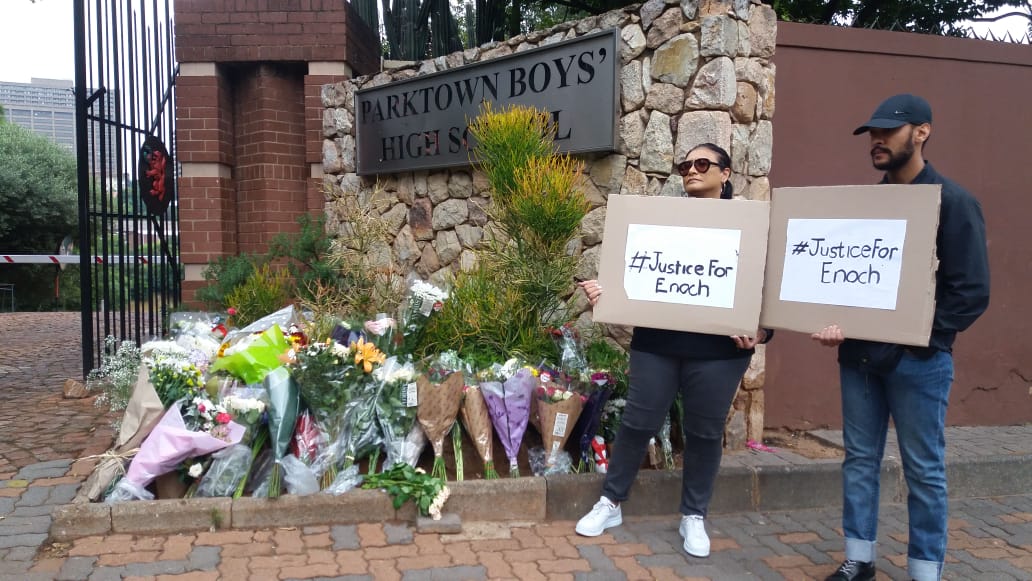 Veteran journalist Karima Brown put a call out on social media to protest outside of the school on Tuesday to raise awareness about the Grade 8 learner who died at an orientation camp on 15 January, the Rosebank Killarney Gazette reports.

The Gazette spoke to Brown about her reasons for the protest.

Watch the rest of her statement below:

Since Enoch’s untimely death, South Africa as a whole has buzzed with sympathy. Allegations about the cause and circumstances surrounding his passing have circulated on social media.

Karima Brown is outside Parktown Boys protesting regarding the silence and lack of accountability shown by the school #ParktownBoysCamp @RK_Gazette pic.twitter.com/2END7RHTCC