UCT students to make their way back to residences

A small number of students were treated for smoke inhalation while the Student Wellness Service was providing support to affected students. 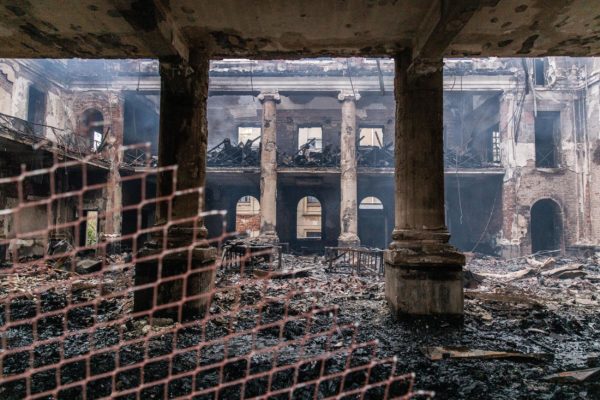 Students are expected to return to their residence after a devastating fire swept through a part of the University of Cape Town campus over the weekend.

Sharon Mogale is one of many students who volunteered to help her fellow students with the evacuation and relocations the past four days.

Mogale, a final-year medical student who also serves on the Student Representative Council (SRC), said students are being housed in 35 different hotels and other campus residences.

“The list is too long to name but some students have been placed as far as Camps Bay,” Mogale said.

She, along with other students, has been housed at the UCT Graduate Business Studies campus where she started assisting the other needy students.

Currently, they have eight packing stations with five volunteers at each station set up to deal with the donations coming in.

“We are now about 25 students working four-hour shifts to help pack the donations and distribute it to the various points,” Mogale explained.

The donations include toiletries, food and clothing.

“Some of the students are using their cars to pick up and deliver donations,” Mogale said.

The excess food and other donations are handed out to other students on campus who were also affected by the fire.

Mogale said they also took hands with local organisation Fun Social Good, who came to check on the mental health of the students. They have had an overwhelming response from the community and companies, she said.

But the SRC has called for more donations as many students are still in the same clothing since Sunday.

“Students have been relying on the steady stream of donations for basic needs. Thanks to Gift of the Givers and the SRC.”

More students, including those from the Smuts residence, had to be rehoused due to damage while other students will return to their residences on Thursday.

UCT Vice-Chancellor Professor Mamokgethi Phakeng said UCT has established a cross-divisional task team to coordinate the return of the students.

Phakeng said the first task has been to assess the condition of the campus in terms of health and safety.

“Once they have cleaned the residences approved in terms of occupational health and safety, the task team will provide and coordinate transport back to university residences for all students in emergency accommodation,” Phakeng said.

The priority is the safety and health of every student and to create the conditions necessary for a return to the academic programme as soon as possible.

“We anticipate that we will be able to get students back into university accommodation today,” Phakeng said. Phakeng said the UCT leadership was deeply appreciative of the role played by the SRC and many of the university staff.

“I am particularly grateful to the SRC for their close assistance in meeting these challenges.”

A small number of students were treated for smoke inhalation while the Student Wellness Service was providing support to affected students.