The Department of Basic Education had previously proposed that schools continue with classes during the spring break. 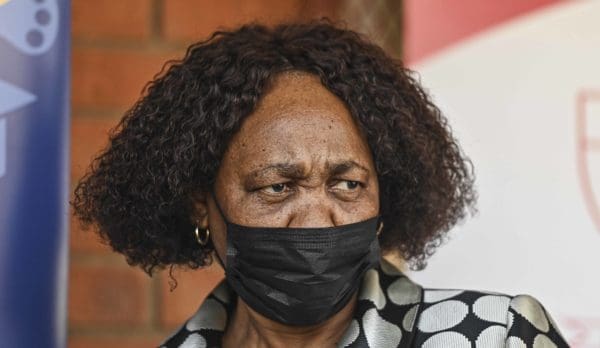 The Department of Education (DBE) seems to have backtracked on cancelling the October school holidays following heavy backlash.

TimesLive reported on Tuesday that Education Minister Angie Motshekga briefed Parliament’s portfolio committee on basic education, where she said the department would not scrap the holidays.

However, Motshekga said they were still concerned over the time pupils had lost after schools closed earlier than expected at the end of the second term, due to the Covid-19 pandemic.

“We are not scrapping holidays. The DG [director-general] reported we have lost lots of time. In January we lost lots of days and he said we will alter the curriculum so we can have the full number of days we are supposed to be teaching. With the second wave, the DG explained, we also lost a week because we were forced to close early,” she said.

Motshekga said the department was working on some solutions by looking “for days in the remaining [school calendar] days to compensate for the time lost” rather than cancelling the holidays completely.

The minister’s comments come after the DBE and the provincial education departments met last Wednesday to discuss whether they would go ahead with the scrapping the holidays.

The DBE had proposed that schools continue with normal lessons during the spring break, from 4 to 8 October, to make up for time lost, which was opposed by a number of school governing bodies (SGBs) and teacher unions’ – including the South African Teachers’ Union (SAOU).

However, no decision was made as the matter was only a suggestion that had been put on the table, according to the department’s DG Mathanzima Mweli.

The DBE has also come under fire after it proposed the reduction of physical distancing in schools.

It emerged recently that the department wanted to approach Cabinet and the National Coronavirus Command Council (NCCC) to reduce social distancing in primary schools from 1m to 0.5m, which was slammed by the SAOU.

“0.5m actually implies that social distancing in primary schools is actually superfluous. There must be immutable scientific evidence that the health and lives of younger learners will not be placed at risk in the endeavour to ensure curriculum coverage and that the 0.5m social distance will not place educators on greater risk,” the union said in a statement.

It's all systems go for this year's matric exams, says Motshekga
2 weeks ago
2 weeks ago
PREMIUM!

It's all systems go for this year's matric exams, says Motshekga
2 weeks ago
2 weeks ago
PREMIUM!