Angry parents and people from the community stormed Ralerumo Secondary school in Taulome village, outside Modjadjiskloof in the Greater Letaba municipality, on the first day of school. 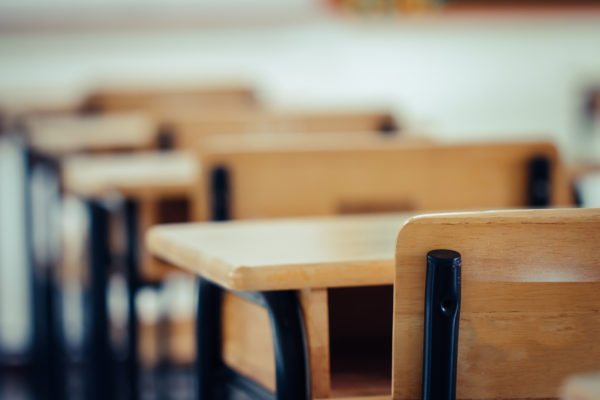 A Limpopo school principal is sitting at home after she was chased away from her desk by angry community members because the school recorded a zero percent pass rate in the 2020 matric exams.

School principal Mary Baloyi had to be rescued by police after the angry community told her she should either “leave in peace or in pieces”.

Angry parents and people from the community stormed Ralerumo Secondary school in Taulome village, outside Modjadjiskloof in the Greater Letaba municipality, on the first day of school. They told Baloyi to leave.

This is a sneak peek behind the curtain of The Citizen’s Premium subscription service. We have also introduced a new one month offer. For more news, opinion, sport and lifestyle content like this, click here to subscribe.

The incident happened just a day after the province’s MEC for basic education, Polly Boshielo, announced that their school was one of the seven in the province that recorded no matric passes.

James Monyela, one of the parents, said: “We have had enough of this principal.

“We worked hard throughout the year with our children to make sure they passed their examinations to make it through to varsity.

Also Read: ‘I am so done with that school,’ says banished Limpopo principal

“Instead, our name and that of our community is dragged through the mud.”

During a visit to the school by The Citizen, there were only two teachers teaching about 127 pupils from Grades 8 to 11.

“We have since cancelled a Grade 12 class because wedo not have enough teaching staff,” said one of the teachers, Nyako Mogodi.

“We had 27 Grade 12 pupils sitting for matric exams last year. Unfortunately, all of them failed.”

Mogodi said there was no way the pupils could have passed their exams last year.

“Since the school opened, there has never been any effective teaching and learning. “We had countless incidents of community unrest, we had no teachers for certain subjects, we have no school furniture and other important teaching aids.

“Above all, we don’t have water. All this has been communicated to the MEC’s office but our pleas have fallen on deaf ears,” said Mogodi.

The community is angry that the school was not given an “examination centre number” by the education department, which would have designated it as a place for the matric exams to be written.

Another teacher, Phaswane Semosa, said the community accused the principal of failing to get an exam centre number.

“They claim their children had to walk more than 15km from Taulome to Block 12 in Khesethwane to write their exams. “They also claim that when they got there, they were tired and could not concentrate,” said Semosa.

Chair of the school governing body Rosina Mokwena called on the department of basic education to intervene in order to improve the culture of learning and teaching at the school. “If all we need was provided, the school will be back to normal,” she said.

MEC Boshielo blamed the poor performance on communities’ refusal for schools to be merged. Boshielo said the small schools have proven to be costly to the system, unsustainable and not viable.