The reason behind cancelled and delayed trains is reportedly due to the ongoing attack on the rail's infrastructure by thugs. 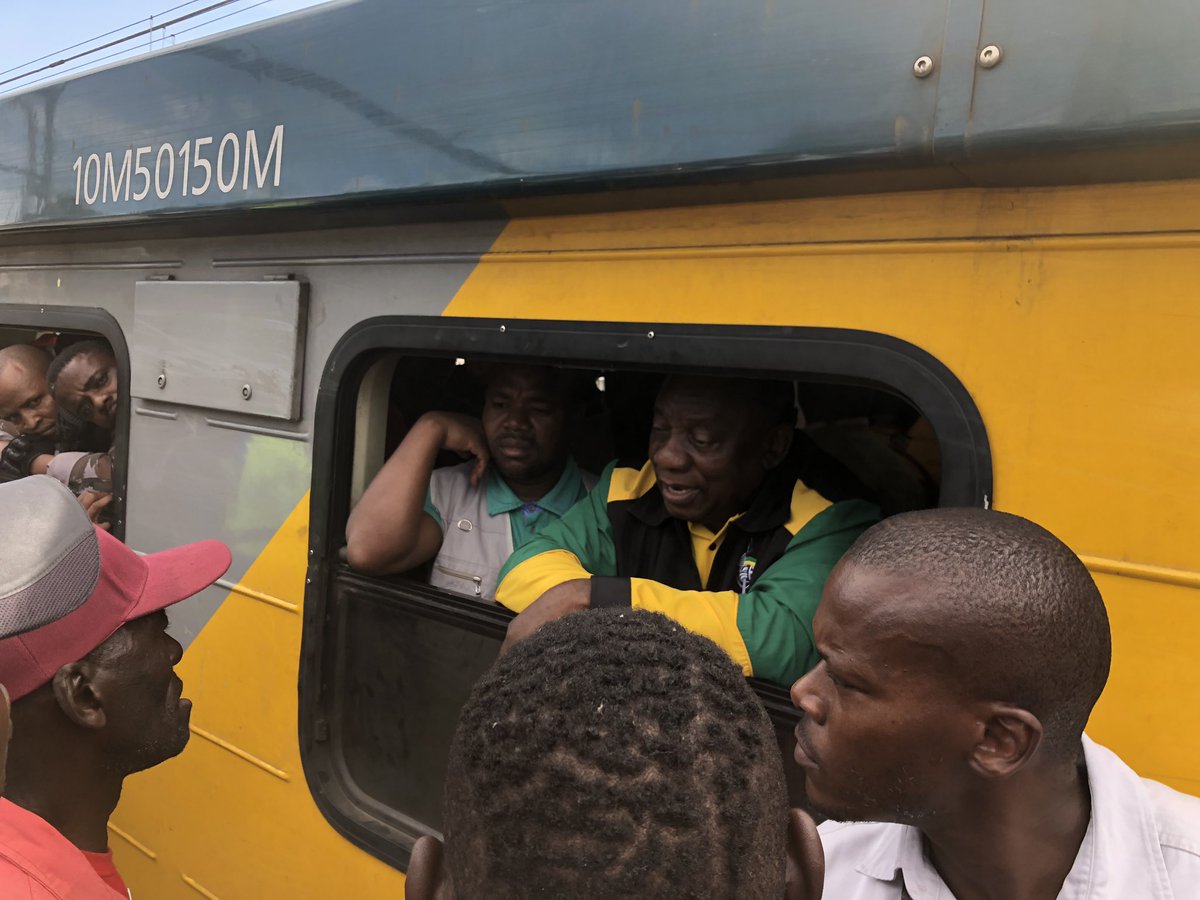 A train driver hit by a stone was apparently the reason many trains were delayed on Monday, including President Cyril Ramaphosa’s, resulting in a more than three-hour train commute for him.

A train from Mabopane train station to Pretoria CBD (Bosman station) was delayed due to criminal acts, according to Passenger Rail Agency of South Africa (Prasa). One of the trains was carrying Ramaphosa, a few ANC officials, and the ANC’s head of elections, Fikile Mbalula. They were campaigning for the party on Monday morning.

Prasa spokesperson Sipho Sithole said a stone thrown at a train driver was one of the reasons behind a backlog of trains running behind schedule on Monday morning.

“Because that particular driver was hit, it then blocked all the trains that were coming from behind [it]. The train then got delayed, then we had to take the president through what we call speed restrictions because the conditions of the rail infrastructure is no longer able to allow trains to travel at the speed they are supposed to be travelling, because of the very attack on the very rail infrastructure that is supposed to be smooth and safe.”

He said the trains were then forced to travel under manual authorisation, which means Ramaphosa’s delayed train was at some point moving at less than 30km an hour. This is due to ongoing thuggery by people stripping copper cables, Sithole said.

“We’re actually happy that the president got to experience the day-to-day struggles of our commuters, because [that is] the issue that we have been raising as an organisation that we’re supposed to run an uninterrupted service from point A to point B with a full set train configuration of twelve coaches, taking our people as per our mandate.

“We acknowledge that it has been a problem to fulfil that mandate, because of the multiplicity of the problems we are facing as a rail operator.”

According to the organisation, the reason behind cancelled and delayed trains is the ongoing attack on the rail’s infrastructure by thugs.

“Thugs vandalise the rail system”, stealing copper cables and metals which are then sold for profit at scrapyards. This then leads to commuters bearing the brunt of a raided infrastructure in trains that can no longer guarantee their safety.

The government has an enormous task to clean state-owned enterprises for the benefit of the people, according to Ramaphosa, who was addressing crowds at Bosman train station.

He experienced first hand the daily struggles of commuters after being stuck for hours on a train with disgruntled commuters. The overcrowding inside the train, a reality for most commuters, appears to have dawned on Ramaphosa, who described it as a harrowing learning experience.

“This is unfair to our people, our trains are late and not getting people to work on time. We are going to have a meeting with Prasa,” said Makhura.

Ramaphosa told the crowd that he witnessed himself first hand the conditions that people had to deal with on a daily basis.

“People are complaining that there are thugs [on] the trains and we can confirm that there is no security in these trains.

“The train was slow, had unexplained stops. It is therefore unacceptable that a 50km trip can take us three hours and it must come to an end. We are going to talk to Prasa and tell them that they must get this right.”

Ramaphosa said fixing the conditions of the trains was one of the party’s mandates because it has a negative impact on the economy.

“People who use trains are bound to be in trouble, they get fired, they get warnings and get disciplined because of [coming late].”

He promised the crowds that he would do something about the worrying train conditions which, according to him, had Gauteng Premier David Makhura concerned.