Youngest ANC MP in waiting, at 26, has been in politics half his life

Tlhologelo Collen Malatji will help to lower the ANC's advanced average age in the National Assembly. 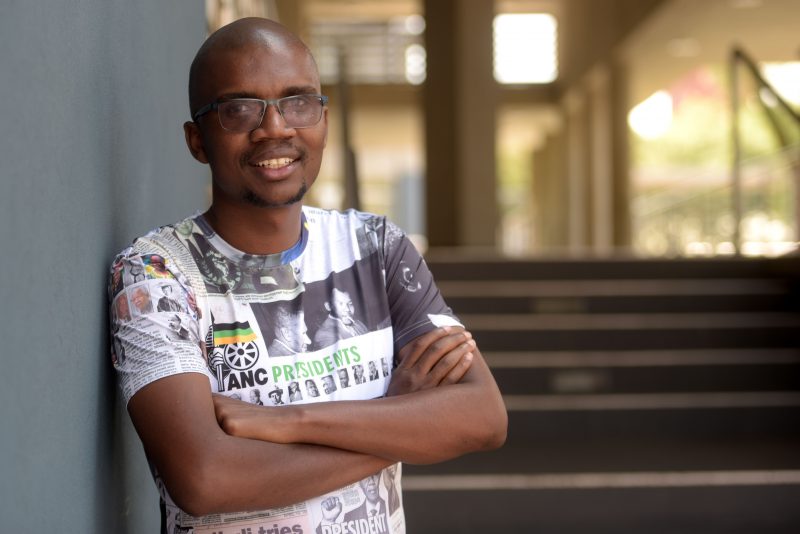 The youngest member on the ruling party’s MP candidate list, Tlhologelo Collen Malatji, is passionate about black pride and education. It is not surprising then that he’s currently reading Frantz Fanon’s Black Skin, White Masks.

“The book is mainly about black pride and how we must move towards uniting Africa for an Africa agenda without western forces controlling our thinking,” said the 26-year-old yesterday.

Malatji’s average weekday starts at 5am when he reads for an hour and then listens to the news. If his academic schedule allows, he then heads to the ANC offices to do some election work.

A municipal governance graduate at the University of Johannesburg and currently studying for a social sciences degree at Wits University, the young politician’s life revolves around three classes a week and his political work.

He was just 13 when he joined the Congress of South African Students in Tembisa, Ekurhuleni, with not the faintest idea that he could one day be heading to parliament.

“The country is facing massive challenges of poverty and unemployment, particularly among the youth, so I am working to change those conditions and ensure that the ANC pushes policies for people to get out of their current miseries because of the injustice of the past,” he said.

Malatji has achieved a lot in his 13 years in the political field, having held positions as Cosas regional secretary in Ekurhuleni, ANC Youth League branch chairperson, Cosas Gauteng provincial secretary and NEC member and Cosas president and deputy chairperson of the ANCYL in Ekurhuleni.

He is the current ANCYL convenor in Ekurhuleni and in 2018 he was among the Mail & Guardian newspaper’s 200 influential young people in SA and the City of Ekurhuleni’s 100 shining stars.

Sharing his thoughts on topical issues such as land reform, e-tolls and the influx of foreign nationals, Malatji said the time for dialogue was over and the time to implement policies had come. He said the land must be owned by the majority and used to change people’s lives.

“There are situations, particularly in Cape Town, where one white farmer is leasing vast pockets of land at R1,000 a year. People working there are exploited and government has a responsibility to change that.”

Malatji said there were foreign nationals here with critical skills contributing to the country’s fiscus, but there were those who were burdening the state and committing crimes.

“These are the foreigners we have a problem with. They bring problems and use our facilities, burdening our public services,” he said.

He added that e-tolls had no future in Gauteng as they burdened the poor.