The party says the SAPS and IEC should take firm action against political killings in the province. 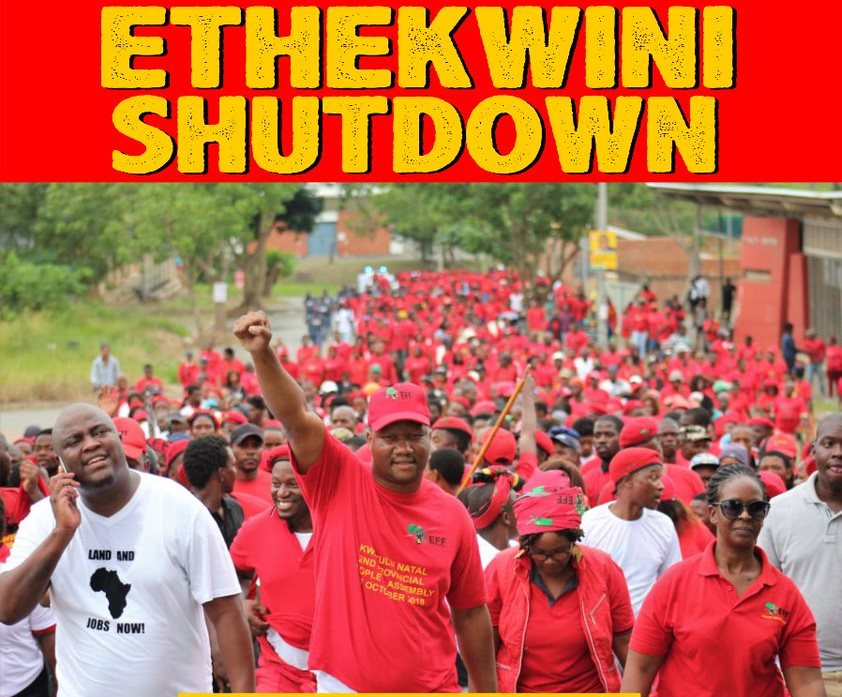 The EFF in KZN to march against political intolerance and killings in the province. Photo: EFF KZN Twitter.

Political intolerance and killings in KwaZulu-Natal have prompted the Economic Freedom Fighters (EFF) in the province to stage an eThekwini (Durban) Shutdown march on Tuesday.

The march will start at 10am at Botha Park, Durban, and proceed on Berea Road headed for the South African Police Service (SAPS) provincial office on Braamfischer Road.

EFF KZN chair Vusi Khoza said the march was against political intolerance in the province, which he said recently manifested itself through the party’s campaign posters being vandalised and its foot soldiers being prevented to campaign in certain areas in Durban.

Khoza said the eThekwini shutdown march was also against the continued killing of politicians in the province, citing the recent killing of Inkatha Freedom Party (IFP) councillor Mfanzo Nzuza, who was shot dead at his home KwaMambulu near Kranskop by unknown assailants on Friday night.

The EFF march is a call for the SAPS to take firm action against political killings in the province, Khoza said.

Khoza said EFF foot soldiers were prevented from campaigning in Wards 1 and 7, Durban, in the KwaXimba and Cato Ridge areas.

The political killings of South African Communist Party (SACP) and African National Congress (ANC) members in KwaXimba, Khoza said, were examples of the high levels of political intolerance in the province.

Khoza said the EFF further called on the Independent Electoral Commission (IEC) to do more when it came to political killings in KZN.

He said the leadership of the red berets firmly believed in democracy and so would never disturb nor advocate for other parties from being prevented to conduct their election campaigns.