The ANC remains the ruling party nationally, with the DA again the opposition, though only the EFF has grown among the current big three. 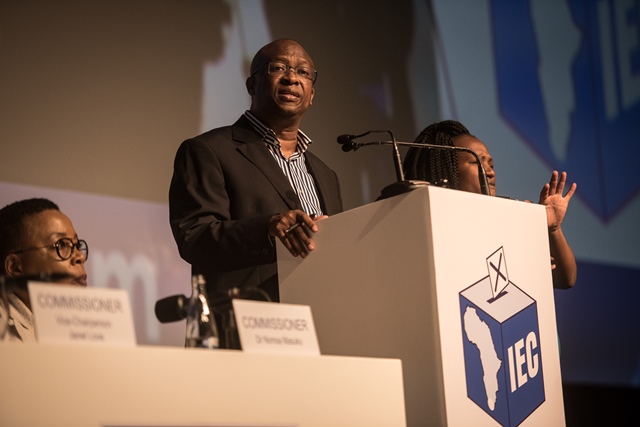 The ANC has won the national majority vote again with a majority of 57.50%. While they are significantly down from the 62.15% they won in the last election, it is still a solid majority and a strong mandate for Cyril Ramaphosa’s presidency in the sixth democratic parliament.

The Independent Electoral Commission of SA (IEC) will only declare the results officially from 6pm, when parties should receive a breakdown of the calculation of their final seat counts in the National Assembly, National Council of Provinces and each of the nine provincial legislatures.

The IEC uses a mathematical system that ultimately allows some lucky parties to get “remainder” seats from certain collections of votes that don’t meet the automatic threshold for a seat, which are all awarded first.

The ANC crept just over the 10 million votes mark on Saturday morning, which is a reflection of the lowest-ever voter turnout since 1994, which analysts have mostly blamed on a combination of voter disaffection and poor weather on Wednesday in several parts of the country.

The ANC also just managed a majority win in Gauteng, which was the last province to reach completion of the count, since it is the most populous.

The ANC also won all the provinces except the Western Cape, where it is the official opposition to the DA again.

The DA is the opposition once again in the Northern Cape, Eastern Cape, Free State and Gauteng, while the EFF is yet again the opposition in Limpopo and North West, while taking that role from the DA in Mpumalanga.

The IFP has also regained its status as the official opposition in KwaZulu-Natal, snatching second place from the DA.

The EFF, IFP, Freedom Front Plus and ACDP saw gains, as some voters chose to cast their votes away from their previous favourites.

The election could be considered a good one for the African Transformation Movement (ATM) and Patricia De Lille’s newly established GOOD party, who each secured enough votes to be awarded seats in parliament.

The election has seen both of South Africa’s largest parties losing ground to some smaller parties, with numerous new parties nevertheless making little to no impact. This year, a record of 48 parties contested the national ballot, despite the high cost of doing so, and most of them now have little to nothing to show for it. They will also lose their hefty deposit fees.

Parties contesting the national election and all provincial elections would have been required to deposit R605,000 in total (R200,000 and R45,000 x 9). The many who failed to win any seats have forfeited these amounts to the National Revenue Fund.

As many as 27 of the smaller parties have expressed dissatisfaction with how the polls were conducted by the IEC and threatened on Friday to interdict the results. The IEC said on Saturday they would oppose any such urgent application, adding that they did not think it had any grounds in law to succeed.

Take a look at the complete national and provincial results breakdowns below, courtesy of the IEC’s website: 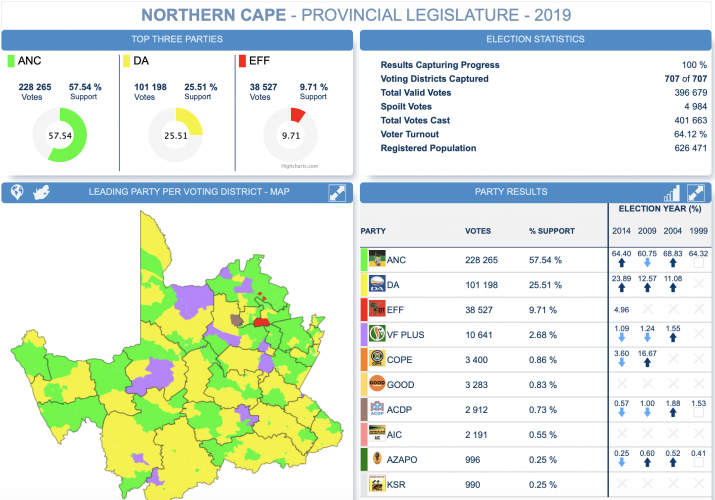 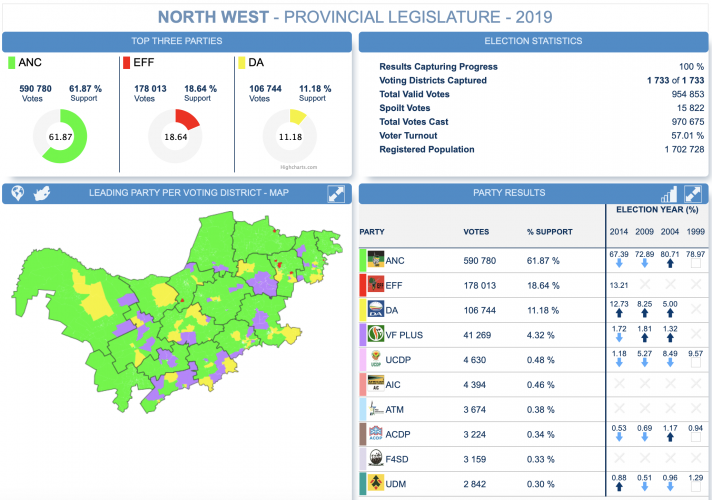 Festive season: Here's when Covid and load shedding will be 'on duty'
22 hours ago
22 hours ago

Festive season: Here's when Covid and load shedding will be 'on duty'
22 hours ago
22 hours ago