DA leader John Steenhuisen challenged the ANC to reveal the names of its mayoral candidates. 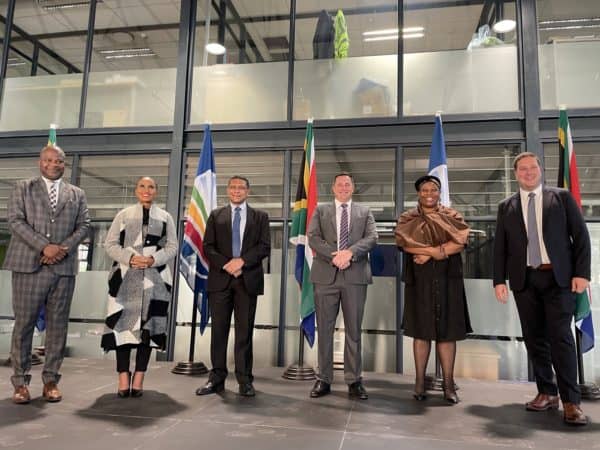 The DA on Monday morning announced its mayoral candidates for the country’s five major metros ahead of the upcoming local government elections, scheduled for 27 October 2021.

The official opposition nominated DA Gauteng MPL and spokesperson on social development, Refiloe Nt’sekhe, as its mayoral candidate for the City of Ekurhuleni.

Current Tshwane Mayor Randall Williams was nominated to continue his term of office and for the City of Johannesburg, the party nominated its councillor Dr Mpho Phalatse.

DA MP and finance spokesperson, Geordin Hill-Lewis, was nominated for the City of Cape Town ahead of the incumbent mayor, Dan Plato.

The party made the announcements during a press briefing in Nelson Mandela Bay.

“We’ve long held the view that if we want to fix SA, we have to start by building a capable state. This means governments that are made up of fit-for-purpose individuals, who are not tainted by corruption and who are committed,” he said.

Steenhuisen also challenged the ANC to reveal the names of its mayoral candidates, saying they believe that voters should be given enough time to interrogate the candidates.

“You will notice that very few other parties have done this. The only other party to govern in municipalities and metros, the ANC, certainly does not seem to have any desire to announce its mayoral candidates,” Steenhuisen said.

“And this is a shame because South African voters deserve far better from this hard-won democracy. They deserve a proper government by the people where they get to play an active role all the way up to election day.”

Last Friday, the Constitutional Court reserved judgment on the Independent Electoral Commission’s (IEC’s) urgent application seeking the postponement of the local polls to February next year.

The IEC filed its application at the ConCourt after former deputy chief justice Dikgang Moseneke’s inquiry into the feasibility of holding elections this year found that the elections would likely not be free and fair due to the Covid-19 pandemic and lockdown restrictions on gatherings.

The DA opposed the commission’s application to defer the polls.

Steenhuisen said whether the elections take place in October or get postponed, the announcement of the DA’s candiates would give voters enough time to do their election homework.

He said dozens of municipalities across South Africa had completely collapsed under the weight of “corrupt and predatory cadre-deployed governments”. He said hundreds more were on the verge of collapse.

“The problem is so big that placing these distressed municipalities under administration and running them by remote control is simply not feasible because there are just too many of them. This situation is not normal.

“We can no longer pretend that the total implosion of service delivery and infrastructure in these towns and cities is normal,” Steenhuisen said.

READ NEXT: ConCourt reserves judgment on whether elections can be delayed