Will ANC’s risky bet on postponement of local elections pay off?

On Tuesday, the ANC's lawyers filed papers at the Electoral Court but withdrew its application hours later. 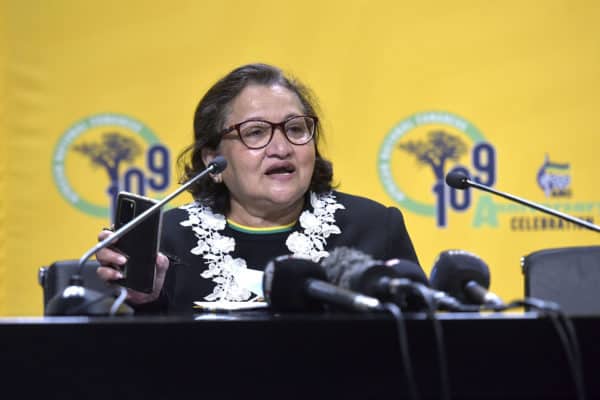 The ANC’s decision to pin its hopes on the Constitutional Court’s (ConCourt’s) judgment over the possible postponement of this year’s local government elections is a risky strategy that is likely to backfire.

That’s according to political analyst Dale McKinley, who says the ANC’s withdrawal of its application to force the Independent Electoral Commission (IEC) to reopen the candidate registration process could fail if the ConCourt orders the polls to go ahead as scheduled for 27 October.

Dale said the withdrawal of the application was also probably an admission by the governing party that it could not win the case at the Electoral Court.

“There is a real possibility that the elections could be postponed due to the Covid-19 pandemic and all the arguments that have been made are somewhat convincing.

“But I think if they’re basing their decision on that, then it’s a risky strategy because if it doesn’t come true, then they’ll get a bit of egg on their face, and obviously they’ve got candidates who weren’t able to be registered,” McKinley told The Citizen on Tuesday.

ANC deputy secretary-general Jessie Duarte last week said the party was unable to submit its candidates list before last Monday’s IEC deadline for registrations. This affected the party in 93 municipalities. In 35 municipalities, the party did not submit a single candidate.

Duarte blamed this on the IEC’s registration system, claiming it repeatedly froze and locked its administrators out during the final few hours before the submission deadline.

However, in a statement on Wednesday, ANC national spokesperson Pule Mabe said the party decided to withdraw its application and wait for the ConCourt’s judgment on the IEC’s application to defer the polls. This was despite the party saying their application was in the interests of free and fair elections.

“We brought this application to protect the rights of hundreds of thousands of citizens who will be deprived of the right to vote for a candidate of their choice as a result of the inability of the party of their choice to register its candidates,” Mabe said.

‘There is nobody to blame except the ANC itself’

McKinley said the withdrawal of the Electoral Court application showed that the ANC was “not necessarily a fairly well-oiled machine” as one might think.

He said the ANC had itself to blame for missing the IEC’s deadline for the submission of candidates.

“They’re eating a bit of humble pie. There is nobody to blame except the ANC itself. The rules of the IEC are clear and the deadlines that were given were known a long time in advance. And even though there maybe have been some technical issues, I think it was an organisational mistake,” he said.

I think they realised the probability of them winning this case is probably not particularly good and they’re going to have to try a different angle.

McKinley said the ANC’s internal factional battles and failure to pay staff salaries on time were some of the contributing factors to the party’s challenges ahead of the local polls.

He said these had over the past years weakened the organisation tremendously.

“It only has itself to blame and what it tells us is that the internal politics can fundamentally undermine the integrity and coherence of any political organisation, whether it’s the ANC or otherwise.

“And if they want to get past it, they’re going to have to deal with their internal problems and stop blaming everybody else.”

Two weeks ago, the ConCourt reserved judgment on the IEC’s urgent application seeking the postponement of the local polls to February next year.

The IEC filed its application at the ConCourt after former deputy chief justice Dikgang Moseneke’s inquiry into the feasibility of holding elections this year found that the elections would likely not be free and fair, due to the Covid-19 pandemic and lockdown restrictions on gatherings.