Mashatile had earlier tried to explain he wasn't bribing potential voters but was handing out money to team members to give to the church. 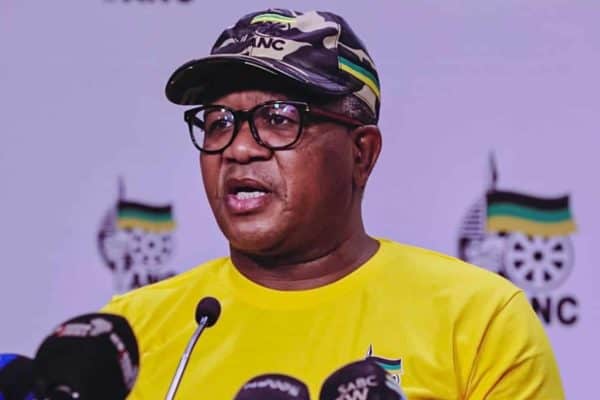 Ahead of the ANC’s election manifesto launch at Church Square in Tshwane on Monday evening, the party’s head of elections, Fikile Mbalula, was asked about all the controversy around a video clip that circulated on social media showing ANC treasurer-general (TG) Paul Mashatile handing out cash in a church.

Mbalula told eNCA the party had already dealt with clarifying the matter, and it was wrong to assume that Mashatile was “buying votes” by giving money to voters.

“That is a distortion and an exaggeration of lies. We know that when we go to church we do offering. That is what happens in all churches. So it was not buying of votes or anything of that sort. It was the TG in his personal capacity giving a donation.”

He slammed people who were using the incident as a way to criticise the ANC, dismissing them as not being able to raise relevant issues, which the Mashatile video was not.

Mashatile had earlier himself denied the interpretations on social media of his money handouts looking like “vote buying”, which the Independent Electoral Commission (IEC) does not allow.

He said he had merely attended a church service in Makhado, Limpopo, and, during the tithe offering, he was not handing any money to potential voters, but rather to his team members, for them to supposedly put in the donations box.

The ANC has been unable to pay staff for more than three months in a row.

Mbalula said that facing funding challenges should not be seen as something unique to the ANC after the new Party Political Funding Act was passed into law, making it mandatory for parties to disclose the details of donations of R100,000 or more.

“It is a challenge that any political party will face. It’s not mismanagement of finances. Democracy is expensive. The funding model for political parties will have to be revisited,” said Mbalula.

Opposition political parties had earlier called on the IEC to act on the Mashatile video.

Congress of the People (Cope) national spokesperson Dennis Bloem had earlier said: “The IEC must urgently look into the matter, because if they don’t act, tomorrow another party will do the same with impunity.

“This is not the first for the ANC. In past elections, we have seen the now suspended ANC secretary-general Ace Magashule giving money to a potential voter after being shown an empty fridge during a door-to-door campaign.”

Accountability Now director advocate Paul Hoffman said: “If people are being paid or bribed to support a particular party, it is in contravention of the Prevention and Combating of Corrupt Activities Act 12 of 2004.

“The IEC has a duty to bring to the attention of the prosecuting authorities any information that comes its way in relation to this kind of activity in contravention of the electoral system – the party is preventing people voting with their stomachs instead of their brains.”

Independent political analyst Dr Ralph Mathekga said the ANC had to explain its actions of “demeaning of voters and taking advantage of socio-economic conditions of communities”.

Institute for Global Dialogue political analyst Sanusha Naidu said: “While you cannot pay salaries to your staff, you are dishing out monies to church congregants in Limpopo – it cannot be business as usual.

“The ANC – because of the new laws – has to change its election strategy, reinvent itself and come up with a new modus operandi on how it campaigns.

“This is just not on, because it undermines and contradicts what the president has been saying in his walkabouts.

“The ANC is grappling with problems and grasping at straws to remain relevant and be a serious contender in these elections.”