The ANC's youth leaders claim the final lists submitted to the Electoral Commission do not have the proportion of young people required. 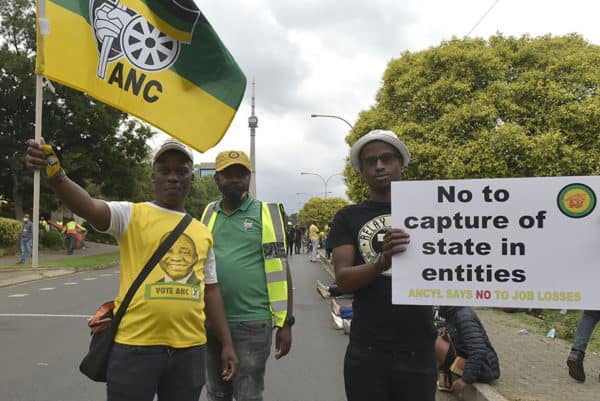 In an angry statement on Thursday, the ANC Youth League (ANCYL) in Mpumalanga said they were “dumbfounded” by the final list their party’s leaders had submitted to the Independent Electoral Commission (IEC) and accused the ANC of committing “treason” and being corrupt.

Spokesperson Zwelo Masilela said the ANCYL in Mpumalanga had convened an urgent provincial working committee meeting to discuss the “bogus lists” submitted by the ANC to the IEC.

“In our considered view, the list submitted to the IEC doesn’t meet the set national guidelines of the ANC as it relates to composition of proportional representation (PR). The ANCYL participated in the Provincial List Committee meeting that was to determine the final list. The list that was agreed upon had 25% in all municipalities across the length and breadth of the province, with the exception of Mbombela that had a myriad of challenges but were to be corrected.”

Masilela said they were left “dumbfounded by the final list submitted to the IEC”, alleging it was “a misrepresentation of the decisions of the meeting we attended”.

“We view this treasonous act as extremely scandalous, corrupt and glaringly undermining our collective wisdom as young people in the province.”

The ANC had given an undertaking that, in all its council lists, young people would have at least 25% representation.

“However, the ANC in the province found comfort in annoying us, the youth, by disregarding this guideline. The thorough assessment of the ANCYL is that no municipality in all 20 municipalities in the province has met this 25% mandatory guideline as required.

“We therefore view this act as an insult and an attack to the collective wisdom of young people who constitute a majority in the membership of the ANC and broader population in the province. We are very much vexed, astonished, agitated by this corrupt, scandalous and political balderdash meted to the youth by the ANC in the province.”

Masilela said they would, in response, call on all the young people in their province to “immediately withdraw participation from ANC campaigns on the ground until the ANC meets our demands”.

All regions and structures of the ANCYL were also asked to halt any activities they had planned for the upcoming weekend “until our demands are satisfied”.

Despite this, they made it clear they still wanted the ANC to enjoy a “resounding victory” in the upcoming local government elections on 1 November.

“However, and not withstanding that, we will never agree to be abused by eldership of the ANC. We will never rest our principles on the basis of manufactured discipline for election campaign that is already led by ourselves.

“The campaign of the ANC rests with us, no one will command the youth of this province; without them being at the centre stage of decision making. We will never accept any undemocratic and clandestine palace manoeuvring by the ANC eldership.”