Potholes were filled in at the last minute and Mangaung workers cleared litter off nearby dumpsites, before the president’s arrival on Monday morning. 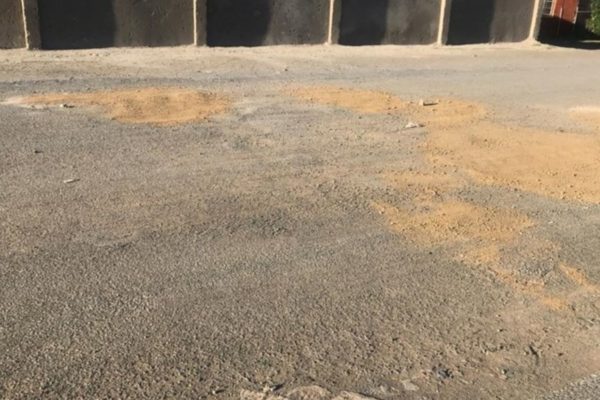 Potholes in Kokozela Street were filled at the last minute, and metro officials donning overalls cleared litter off nearby dumpsites, before the president’s arrival on Monday morning. Picture: OFM News/Olebogeng Motse

For at least 12 months, residents forced to navigate the pothole-ridden Kokozela Street in Bloemfontein, Free State have complained to the Mangaung Metro.

They pleaded to have the road fixed, but to no avail – that is, until it emerged the road would form part of President Cyril Ramaphosa’s ANC campaign trail on Monday.

The Bloemfontein leg of Ramaphosa’s visit included a walkabout in the area known as Malaykamp. This area includes Kokozela Street, and officials had to act fast.

OFM reports that potholes were filled in at the last minute, and metro officials donning overalls cleared litter off nearby dumpsites, before the president’s arrival on Monday morning.

Just weeks after the rank was unveiled in 2011, taxi operators boycotted it, saying they were not happy with the construction, and that its entrance and exit points caused traffic congestion.

In 2019, a 30-year lease agreement was signed with the Greater Bloemfontein Taxi Association through the Free State Taxi Association. But the rank remains unrenovated and vacant.

A report on the facility was released by Public Protector Busisiwe Mkhwebane in 2018, in which a Mr MI Liphoko said in 2012 the Mangaung municipality got a R400 million grant from the national transport department for the facility, but only R40 million was accounted for.

Mkhwebane, however, found no evidence of maladministration, saying the municipality’s expenditure report proved that close to R400 million was spent.

This article first appeared on OFM and was written by Olebogeng Motse. Read the original article here.