'Time to call the ANC's bluff in this election. The more people vote ANC, the poorer they will get,' says the former Western Cape premier. 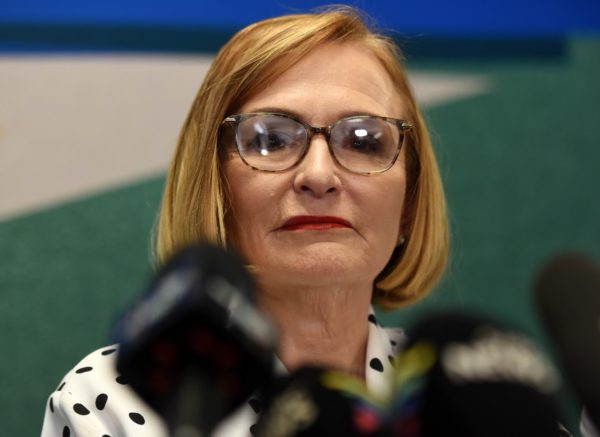 DA federal council chair Helen Zille has accused the ANC of using social grants to “blackmail poor people” to vote for the party ahead of the local government elections.

Zille on Thursday took to Facebook to complain about ANC ministers on the campaign trail, who are apparently “going around telling poor people their grants come from the ANC”.

She said this was one of the “most outrageous features” of the governing party’s election campaign because no one had ever lost their social grants just because they voted for the DA or another opposition party.

According to the Department of Social Development’s annual report for 2020, more than 18.2 million South Africans were benefiting from government’s social assistance programmes at the end of the financial year.

Zille says these social grants do not come from the ANC but “come primarily from the seven million registered personal taxpayers in South Africa, most of whom do not vote ANC”.

“It is time the ANC stopped using grants to blackmail poor people. No person has lost a grant because they voted DA. Indeed, quite the opposite,” Zille said.

Zille claimed that in municipalities where the DA was in power, the party offered more social relief to the poor and unemployed people were more likely to get a job.

“Where the DA wins, there is a more generous basket of free basic services for the poor and the unemployed are far more likely to get a job.

“Time to call the ANC’s bluff in this election. The more people vote ANC, the poorer they will get, and soon tax money for grants will also run out when the ANC has finished looting,” she said.

Some Facebook users agreed with Zille’s view that the ANC was using social grants to blackmail the poor to vote for the party.

Biddy Wilson said this was a huge irritation for him during the election season because ANC politicians were “politicising” the issue of social grants.

“Thank you, Helen! This has always been a huge irritation to me. The flouting, promise and politicising of taxpayers’ money by the ANC, as if they provide all the resources to the needy and yet the corruption continues, the promises flow and the needy stay needy,” he said.

“I have seen them saying this over and over again. The ANC is telling blatant lies. They, of course, conveniently forget to add that the grants are funded by the long-suffering taxpayer. They have no shame whatsoever.”

Those who disagree with Zille

Nwabisa Jokazi said most people were voting for the ANC despite its challenges because they were loyal to the party.

“Most of us vote ANC out of loyalty and remembering where we come from and we will continue to do so for as long as we live.

“I have freedom of speech today because of many ANC leaders who died so that I can have the benefits I have. For that I owe them a lot,” she said.

“Where the DA wins no benefits, [it doesn’t] filter down to the poor and the marginalised. The more people vote for the DA, the more the privileged in the Western Cape continue to benefit.

“This is a city of apartheid rule, where the billions sitting in their coffers are used for the benefit of developers. You are the biggest looter in this province,” he said.