WATCH: ANC ‘has to die’ if we want a prosperous SA, says Mashaba

The EFF and ActionSA both welcomed their parties' good results, but Mashaba said ActionSA is already looking toward the 2024 national polls. 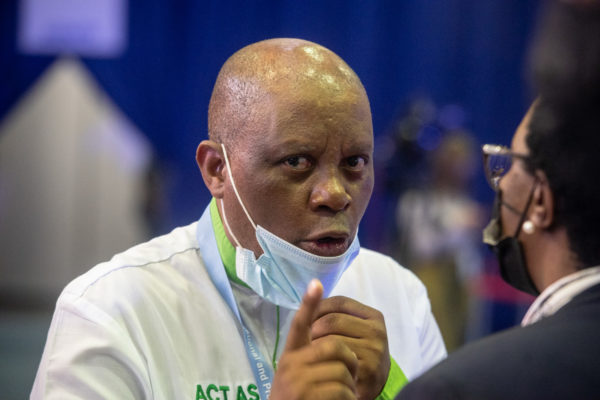 The EFF have already shown a vast improvement from the last local elections, thus far taking 9.91% of the national votes after 41% of the votes having been counted. In 2016, the red-berets’ final and total results were 8.6%.

This is a clear sign that the party is doing well, as counting had not yet been completed, EFF Treasurer General Omphile Maotwe told The Citizen.

“The journey still continues. We are still going to continue growing. We are happy that by now, we have already surpassed what we did back in 2016. [With] other parties you can see them dwindling downwards as the EFF is gaining momentum and going up. We are quite happy with what we see on the screens so far,” said Maotwe.

The EFF had close to 1 million counted votes by 6PM on Tuesday, having secured a total of 919 092 so far.

ActionSA was lagging behind, having taken 7.2% of Gauteng’s vote thus far, and a low 0.49% in KwaZulu-Natal.

Mashaba says despite this, he is elated and planned on expanding his party to other provinces.

“We are elated with the outcome. If you remember when we launched the party on 29 August last year, our main mission was to defeat the ANC and bring them way below 50% and look at what we have done in Johannesburg, Tshwane and Ekurhuleni. I think that’s great,” he said.

His party, however, experienced challenges with the IEC, including not having their name printed on ballot papers.

“From literally day one of our registration, there was a pattern of what I feel was… sabotage, but it made us clever… They have made me wiser and more determined and more resilient and that we can save this country. My project is to save this country. A prosperous South Africa and the ANC can’t coexist in one space. One of them has to die and it can’t be South Africa,” he said.

Meanwhile, the ANC remained in the lead, despite being unable to get past the 50% mark as yet, taking 46.62% of the tallied national votes.

The Electoral Commission was confident that 90% of the outstanding votes would be counted by Tuesday night, with final results expected to be announced on Thursday.