Among landmarks in the municipality are the Nelson Mandela capture site, Howick Falls and Midmar Dam. 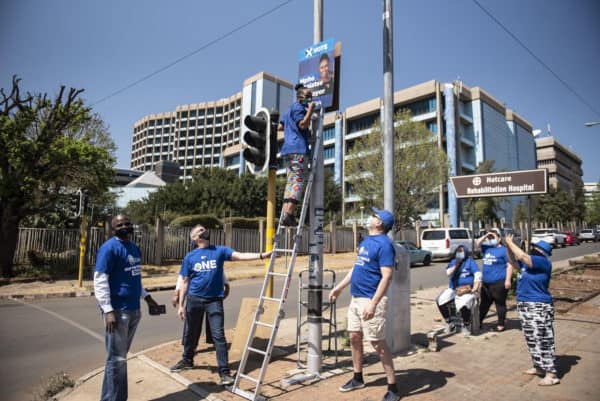 The Democratic Alliance (DA) has added Umngeni local municipality in KwaZulu-Natal in its list of those under its control with an outright majority.

The party attributed its victory to its consistent good service delivery in the councils in Cape Town, Midvaal in Gauteng, Kouga in the Eastern Cape and Thabazimbi in Limpopo.

Umngeni, which is under the uMgungundlovu district municipality, sits on the banks of Umngeni river.

Among landmarks in the municipality are the Nelson Mandela capture site, Howick Falls and Midmar Dam.

The DA was hoping to retain Tshwane metro which it was governing through a coalition with smaller parties. Results by last night indicated it was on the way to retain Kouga.

Leader John Steenhuisen said by choosing the DA as their government, residents of Umngeni were attracted by their record of clean governance and efficient delivery in DA-run municipalities.

They had chosen the taste the DA difference that had been enjoyed in other municipalities. Steenhuisen promised they would move speedily with service delivery.

“That municipality is in desperate need of a government that gets things done – to get rid of its potholes, unemployment is massive and huge service delivery challenges,” he said.

“The municipality in charge did not care, instead it built a multimillion-rand [wooden] guard house while people had not water, electricity and houses.”

Steenhuisen attributed the victory to hard work by local DA members over the past decade and the recent campaign by himself and other members.

He said this trend would continue in future as more municipalities would join Umngeni in voting for the party in future elections.

While the final results were yet to be announced, it was a given the DA would retain the Cape Town metro, Midvaal and Kouga while Joburg, Tshwane and Nelson Mandela Bay depended on which party between the DA and the ANC was able to consolidate a coalition partnership better to form a government.

Meanwhile, Steenhuisen had come under criticism from the ANC for threatening to take the Electoral Commission of South Africa (IEC) to parliament for its shortcomings in the local government elections.

The party blamed the IEC for the glitches that marred the start of the elections on Monday, saying this showed the commission had failed to organise the municipal elections properly and that it was not prepared for it.

But the ANC head of elections Fikile Mbalula commended the IEC for having been able to administer the polls within a short time and under conditions of Covid pandemic.