Election results: Sleepless night for the IEC as it chases deadline

Northern Cape has the highest completion rate at 99.9% and the Western Cape had the lowest at 88.8%. 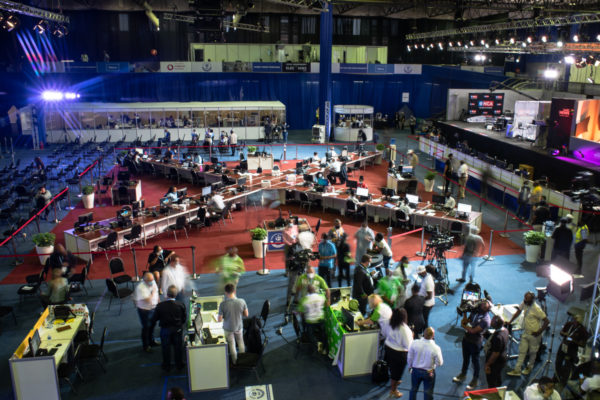 The Electoral Commission of South Africa (IEC) has declined to commit itself to a finish time for the counting and auditing of votes, but it hopes everything would be over by crack of dawn tomorrow.

This contradicted the IEC’s commitment to have completed 90% of the votes by midnight last night.

Eight hours later at 8pm, progress stood at 89.8% with 99.3% of the results already in the system awaiting scanning and auditing, which was the main source of delay.

IEC chief electoral officer Sy Mamabolo said the counting in 177 of the 257 municipalities was completed. He vowed the rest of the task would be done overnight.

“We will not go to bed until all the results are audited… I don’t have a time frame, I have commitment to finish the job,” Mamabolo said.

Integrity of the elections

The Northern Cape has the highest completion rate at 99.9% and the Western Cape had the lowest at 88.8%.

The process was even slower at some voting districts in eThekwini in KwaZulu-Natal, something Mamabolo attributed to an auditing process.

“It cannot be that 30% of the 59 million population can decide who governs. “We will have to establish a threshold that will guide fair elections for all,” Maotwe said.