‘Excited’ Mashaba must ‘slow down a little bit’, says Mantashe

The ANC has not yet started talking to other political parties on coalitions, and will definitely not do it at the results centre, said Mantashe. 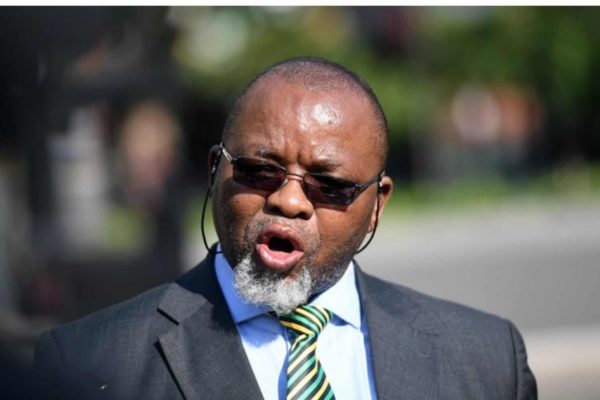 This after Mashaba said he had been “informally” approached by one of the ANC top six leaders about potential coalitions.

“I told them to get lost. The ActionSA Senate unanimously affirmed this position,” said Mashaba on Wednesday.

The ANC had not yet started talking to other political parties on coalitions, and would definitely not do it at the results centre, said Mantashe in an interview with Newzroom Afrika on Wednesday evening.

“We have not started talking to anybody yet, we’re still discussing with each other. But what we have decided to do, when a person goes out in public and say we’re not going to talk to the ANC, the ANC is not going to go to that person.”

He said it was not possible that the ANC leader in question spoke to Mashaba about coalitions, implying the ActionSA leader may have misinterpreted a greeting for a conversation about coalitions.

“No, I think Herman was just excited. The newly acquired power that he has, it excites him. He must slow down a little bit. We don’t discuss coalitions in the floor of the results centre. If I say good morning to you and you say that official talked to me …he was just excited,” said Mantashe.

“The fact of the matter is that he went out in public and said he won’t talk to the ANC. If that is his attitude, we won’t go to him. In anyway, ideologically, that is one side of a coin because there’s the DA which could fight with us on transformation and BEE, from day one we’ll fight.