Zikalala says it's time to 'translate all the manifestos into workable plans of action'. 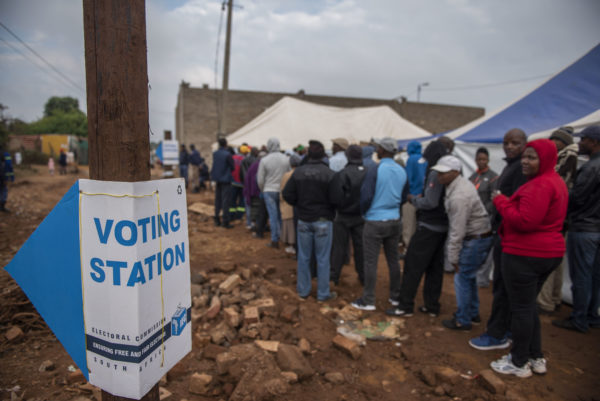 KwaZulu-Natal Premier Sihle Zikalala says real victory will gain meaning when political parties address the expectations of all communities, even those who did not vote for them in the local election.

“Now that the elections are decided, it is time to respond to the needs of the communities. Voting is the beginning of the long and arduous journey to grow KwaZulu-Natal and indeed South Africa.”

“This is the time to translate all the manifestos into workable plans of action and tangible delivery to our communities,” Zikalala said.

Receiving the final electoral outcome of the 2021 Local Government elections on Thursday, Zikalala said the communities of the province have articulated clearly how they wish their wards and municipalities to be governed.

He commended the Electoral Commission (IEC) for its agility to fulfil its obligation following a directive from the Constitutional Court and for having performed an almost impossible task, given the shortened turnaround time required.

“We thank IEC officials and [the] entire team for their dedication. The IEC has not only delivered a credible election, but it has done this with a high level of efficiency and elegance, even though there were few glitches on the way,” Zikalala said.

The Premier also commended all political parties that were part of the election exercise, noting that the contestation, dialogue and campaigning were all vibrant.

“Worryingly, there were however isolated incidents that marred this election such as the shooting of innocent women in Inanda, the brutal killing of candidate councillors, acts of intolerance and the assault on senior leaders especially the Secretary-General of the National Freedom Party. These should never be allowed in our democracy.

“We are however pleased to note that political parties generally conducted their campaigns peacefully and in accordance with the Electoral Code of Conduct. This conduct is a clear insurance and commitment that we are committed to taking our democracy to new heights,” the Premier said.

Right to vote not infringed

He further thanked the security agencies who remained on full alert, responded swiftly, and worked very hard to ensure that an environment of peace prevailed, before and during the voting process.

“We say thank you for the sterling work you have done, and we hope this work ethic is an example that we can continue to emulate.

“To the South African media and all journalists in our province, we wish to pay a special tribute to you for going the extra mile in informing the voters about the various campaigns, dissecting and analysing the manifestos, and in ensuring that the elections were held in a transparent manner. The role of the media should be applauded.

“We thank the local and international observer missions whose work has contributed to the consolidation of our democracy and through their role they have shined a positive spotlight on the resilience of our democracy,” said the Premier.

Mashaba doesn't want to be mayor, only wants to keep ANC out of power
7 days ago
7 days ago
PREMIUM!

Mashaba doesn't want to be mayor, only wants to keep ANC out of power
7 days ago
7 days ago
PREMIUM!