This was no watershed election

South Africa has 700 000 new heroes in a local government election that, despite the hype, was no watershed poll says commentators. 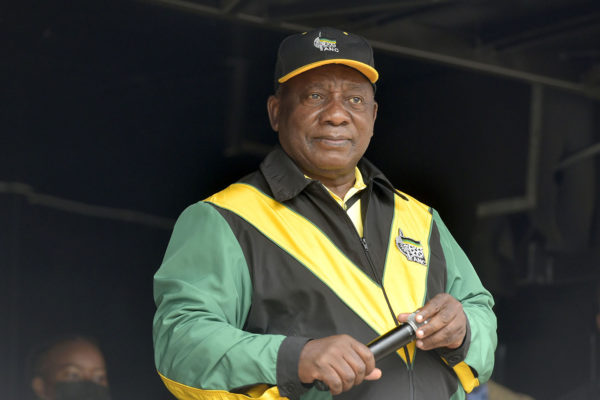 Despite the intensity of media hype and opposition parties around the November election, the results will not generate the hoped-for positive change for the average South African in the years ahead.

However, South Africa does owe a debt of gratitude to a handful of people, relative to our population, who brought the ANC below the so-called magical 50% mark overall in last week’s local government election.

Other than this, what is the hoo-ha all about?

Think about it. The ANC ended up with 47,52% of all votes cast (ward, PR and district votes), and if you add the EFF’s 10,54%, the combined support for the two leading socialist parties in South Africa is 58,06%. This is not a good news story.

This still represents a sizeable 27,09% difference between good and evil. Despite the ANC’s decrease in actual votes and the resultant claims of success by those who oppose it, this does not bode well for the 2024 general election.

There is really only one aspect of this entire election that warrants celebration.

Of the 2,6 million less people who voted ANC in this election than in 2016, it was thanks to only 700 000 of them who actually made the difference. They overcame their traditional loyalties and did not go and vote on 1st November. If around 6 million people had voted for the ANC, they would have just made the crucial 50% mark on their own. The fact is they only received votes from just over 5,3 million people.

However, anyone who believes that these voters have abandoned the ANC for good are unrealistically optimistic. All they’ve done is send a message to their party that they’re fed up with appalling service delivery and corruption. In the event (unlikely as it may be) that a charismatic and populist leader – clearly and unequivocally not linked to corruption – suddenly emerged in the ANC, all this could be turned around very swiftly and become a very telling factor in the national election in 2024.

Simply put, the low turn-out was a declaration of gatvolness, not a rejection of the ANC per se.

It is without doubt that the lower turnout of total voters in this election had the greatest impact on the ANC. But the ANC’s 2,65 million reduced voter base does not appear to have gone in any substantially large manner to other parties. For example, the EFF vote across the country only increased by 10 000 and it is very unlikely that disgruntled ANC voters went to the FF+ who increased by 160 000 voters, or the ACDP whose voter numbers rose by 31 000. ANC votes certainly did not go to the DA whose own voter base was reduced by over 1,5 million people from its 2016 tally to 2,53 million, still around half of the voters supporting the ANC.

It is likely that some ANC vote did go to the IFP in KZN who increased their voter base by 29 000, as well as to ActionSA who earned the support of around 274 000 voters.  Even if all these voters came from the ANC, this on its own couldn’t have been the factor to pull the ANC below 50%.

And it is also probable that both the ANC and DA bled to some degree to the smaller parties, although this was minor in comparison to the voters they both lost. Although the number of smaller parties, including independent community-based organisations, increased from 200 in 2016 to 317 this year, together they only gained 500 000 more voters.

So, it was non-voters who deserve the credit for diminishing the ANC’s support, not opposition parties.

Who ultimately should be held responsible for the dismal way this election panned out? It is most certainly not the millions who decided to exercise their right to stay away from the polls, who have been not-so-subtly blamed by the mainstream media and some political parties for not voting.

It is the anti-socialist bloc parties and the DA in particular who should look to themselves for this state of affairs and deal with the reasons for so many voters not being inspired to cast their votes for them. It is obvious that the DA’s performance prior to the election, their boring and mixed messaging, confusing strategy, conflicting positions and general weak campaigning did not inspire those who decided not to vote at all, to go out and support them. Even in their flagship of Cape Town which the DA still holds outright, it lost 19 seats.

The result of this is the messy situation which South African finds itself in, with 66 hung councils, including five Metros now requiring some form of coalition governments, which under present circumstances, are likely to be highly unstable.

The DA has correctly made a commitment not to enter into coalitions with the ANC or the EFF.  In reality, this will most likely result in the DA not participating in ruling coalitions in some hung councils and rather, as DA leader, John Steenhuisen, put it, serve the voters as “an excellent opposition”.

However, again the DA is sending out conflicting messages. Almost its entire election campaign revolved around convincing voters that this was a local government election which had to do exclusively with efficient and effective local service delivery.

Now the party is rightly saying that it won’t participate in coalitions because of principled and ideological differences with the ANC/EFF, despite the fact that its involvement in such coalitions would help bring about the stability needed for such service delivery.

It is this stability and improved service delivery that so many of its voters stood in long queues to vote for. In fact, the DA’s election campaign should have dealt with the real elephant in the room – the socialist programmes of the ANC which are the direct reason for collapsed service delivery and bankrupt municipalities in the first place.

Yes, this may have put off a number of people from voting DA, but you would think the DA would know by now that beating an authoritarian race-based governing party is a consistent and long-term game, not mere knee-jerk populist attempts to be everything to everyone.

Certainly, the focused approach to dealing with the cause and not the symptoms of South Africa’s woes, would have set the DA up well for the 2024 national election and is unlikely to have lost them any more votes than they have now.

Even though it is still in a dominant position, the ANC will do what all Marxist parties do when under threat, and that is to double down on its socialist agenda, aimed at more centralist control and collectivist policies. In line with this, the ANC may well be tempted to speed up its plan to lessen the role of local councils in favour of more powerful, less representative district councils outside of the Metros.

It is in these district councils where the ANC on its own achieved almost 54% of the vote, compared to the DA’s 13,97%. The ANC, by bolstering the power of district councils, not only would keep it in control of most of the country’s local authorities, but would also get them out of the quandary raised by members of the ANC that entering into coalitions with parties such as the DA would negatively impact on the implementation of the National Democratic Revolution programme (NDR).

Senior members of the ANC in Gauteng have already expressed their desire to work with the EFF, claiming that any co-operation with the DA “would be betraying the NDR and working for the dejected masses. It’s a class suicide.”

Despite the ANC being brought below 50%, it is not on its knees. The danger of the ANC to South Africa and any hope of future prosperity has not been averted.

The solution does not lie in mere strong opposition in legislative structures, no matter how effective this may be, but rather in local communities standing up for themselves, defying irrational state authority, defending their rights and doing what is best for themselves and their families.

(Note: estimated numbers of voters has been calculated by halving the number of votes each party received. This is based on the fact that individual voters cast two or three ballots each).

The authors are Russel Crystal and Shelley Loe, who between them, worked for the DA and its predecessor, the DP, in various capacities, for a combined total of over 30 years. Crystal served in Tony Leon’s office as national Deputy Executive Director. Loe has fulfilled a number of senior campaign roles and served as a public rep in all spheres of government. Both now work at Crystal’s communications company, Brand Physicians, in Johannesburg.