Labour dept inspectors recommended that workers - some of whom have been collapsing - in the Civitas building in Pretoria be relocated, to no avail. 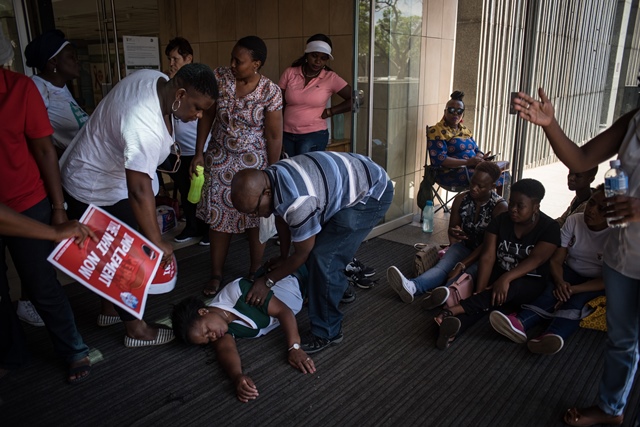 While the Nkosi family was mourning the death of their mother who died last weekend, weeks after collapsing in the Civitas building, a protesting worker also crumpled after walking out of the “unsafe” building yesterday.

The home of the health department has become unsafe for workers and visitors, with at least seven people collapsing in the building in recent months.

Workers and unions have opted to work in the foyer of the 29-floor building, which has no windows and lacks ventilation.

Elizabeth Nkosi, 59, died last Saturday. The National Education Health and Allied Workers’ Union (Nehawu) shop and general worker, who was in the forefront of the protests, collapsed in the building on November 12. 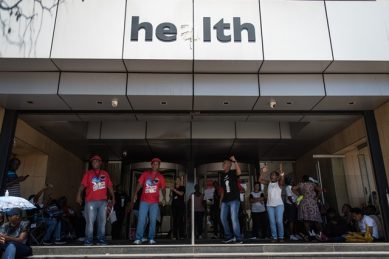 Her daughters told The Citizen yesterday that their mother had been an active woman, in good health.

“She suddenly collapsed. She was taken to Steve Biko hospital where we were initially told she had a minor stroke. Later, they told us she had a stroke. She was in and out of hospital but on Saturday, she died in hospital,” said Nini Nkosi.

While The Citizen was speaking to the family, another staff member collapsed at the entrance of the building after walking out. 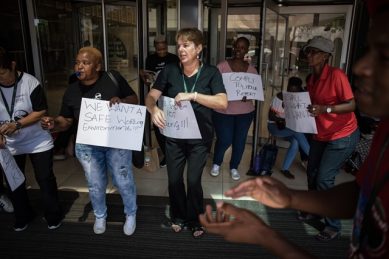 “Just imagine. This is the department of health but people are collapsing in it. I once came to visit my mother and a pregnant lady collapsed right in front of us,” Nini said.

“This is painful. Very painful. The department has not reached out to us since our mother was sick. Even after her death, all they could say was ‘sorry’. Nothing can bring our mother back,” Priscilla Nkosi said.

After receiving complaints of health risks and staff collapsing, in December, labour department inspectors found the presence of “black dust” on the windows, walls and around air-conditioning units in every office. 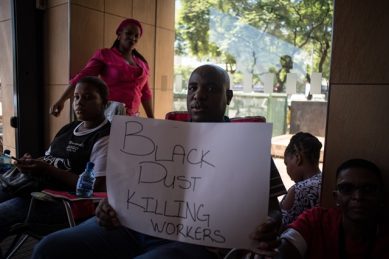 “Employees interviewed claim [they] experience traces of black substance when they blow their noses,” the inspection report read.

It was also found that extraction fans used for ventilation blew hot air and other “unknown contaminants” from the electrical and gas ventilation room to the passages in the building, exposing staff to the fumes and contaminants. 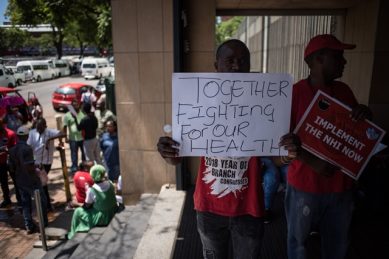 “It is recommended that all offices affected by fumes and dust produced from [the] ventilation extraction fan room be closed and the employees be relocated until such a time engineering solutions have been implemented,” the report said.

But workers have not been relocated to another building and were told to return to work in Civitas.

Chairperson of the Nehawu and the Public Servants Association coalition Bhungani Mzolo instructed workers to refrain from entering the building for their own safety.

“We want to appeal to the health minister and the director-general to comply with the recommendations by the inspection report.

“In the meantime, they must find a place for us to work,” Mzolo said. 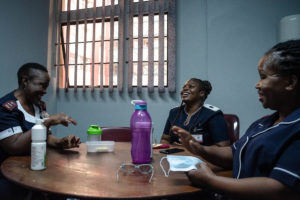 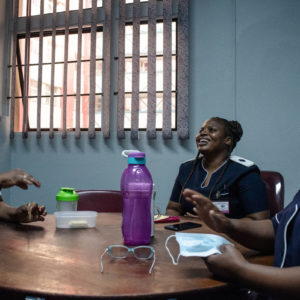