The question is how the ANC agreed to the nominations of these controversial elements, knowing they are implicated in wrongdoing, an analyst said. 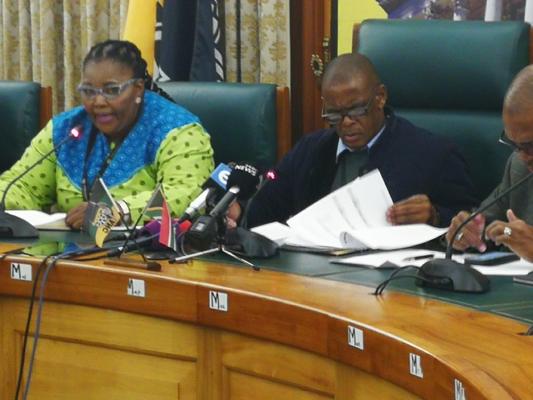 The ANC’s fielding of dubious figures to head crucial oversight committees will be understood as talking right and acting wrong, with analysts and alliance partners saying this reduces President Cyril Ramaphosa’s “new dawn” to pie in the sky.

The list of nominations for leaders of parliamentary portfolio committees, unveiled only a day before Ramaphosa is set to deliver his State of the Nation address, confirmed weekend reports that former president Jacob Zuma loyalists, left out of Ramaphosa’s Cabinet and some implicated in the state capture inquiry, were making a comeback.

This is said to be part of the fightback charge by Zuma loyalists, led by ANC secretary-general Ace Magashule, who himself has a cloud over his head regarding the Gupta-linked Estina dairy farm debacle.

Also on the list is former North West premier Supra Mahumapelo, linked to a group of premiers during Zuma’s era referred to as the Premier League.

Both Muthambi and Zwane have been fingered at the Commission of Inquiry into State Capture, while Bongo had been accused of trying to bribe the evidence leader in parliament’s inquiry into Eskom.

Political scientist at North West University Andre Duvenhage said the submission of these tainted figures, which flew in the face of Ramaphosa’s efforts to revive the voters’ faith in the party, revealed who was really in charge.

He said the list exposed the power wielded by Zuma and Magashule in the ANC.

The party has shot itself in the foot by fielding figures closely linked to Zuma and the notorious Gupta family.

“This is an area of serious concern. The question is how the ANC agreed to the nominations of these controversial elements, knowing they are implicated in wrongdoing,” Duvenhage said.

“It tells the public that things would continue as normal. There is no new dawn and no future of ending corruption … we are in serious trouble,” he said.

The ANC’s alliance partner, labour federation Cosatu, is also not pleased with the nomination of tainted figures and warned that the patience of voters was not limitless.

“The ANC needs to ensure all its public representatives reflect the highest levels of integrity at all times and that there are actually real consequences for those who misbehave,” the federation’s parliamentary coordinator, Matthew Parks, said.