The former Sars commissioner claimed yesterday he was duty-bound to report the dealings of two criminal employees. 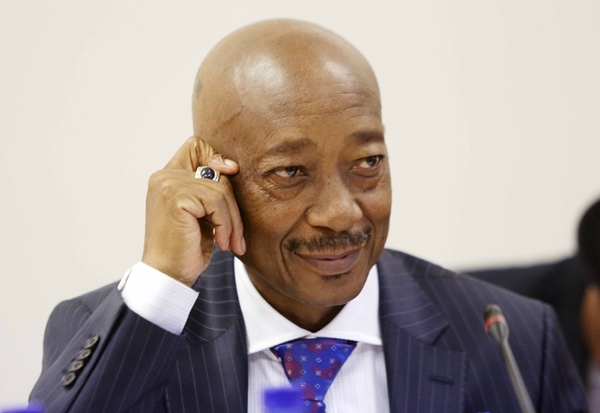 Former commissioner of Sars Tom Moyane has released a statement in which he claims he launched a criminal case into a so-called rogue unit at the revenue service not as a vendetta against Pravin Gordhan, but rather because he was informed of “illegal spying activities” and was legally advised he should report it.

“It is alleged by the media and others that not only did I use the Advocate Sikhakhane panel report to “purge the good guys” but that I also used the case to get to Minister Gordhan for political reasons. All of which are untruthful,” Moyane says.

Moyane says that around April/May 2015 he was approached by two panicked and belligerent employees who wanted to get something off their chest. He says over the next two and a half hours, in the presence of “a colleague” and a tape recorder the two began to unburden themselves of crimes they had committed in 2007.

He says these two nameless colleagues told him that in 2007 they had been instructed to install 15 illegal cameras in the offices of SAPS and NPA, the information from which they would download on Sunday evenings and pass on to their manager Janse Van Rensburg, who would then pass it on to Ivan Pillay, who in return would pass it on to an unnamed “senior SARS official”.

Moyane claims the two then produced evidence of the recordings and claimed the hope was to influence the outcome of the ANC elections of 2007 in Polokwane between Thabo Mbeki and Jacob Zuma. He adds that the two nameless employees subsequently turned themselves in and turned State’s witness to avoid prosecution.

“I thought it wise that I put this on record and dispel this nefarious and maliciously falsified narrative,” he says, cryptically adding, “This (sic) actions and others that I will share with you in time intensified the fight against me but it’s okay.”

He closed by saying that some journalists had been given access to SARS and taxpayer information by the same “good guys” and closed that he would expose them too.

“With time I will tell you the names of this journalist’s names, and I guess some you know. Let’s pause for now,” he said.

A report by the Nugent commission set up to investigate misconduct at the revenue service found in September  2018 that President Cyril Ramaphosa should fire Moyane “immediately“. The president did so after “applying his mind” to the report’s findings.

Moyane’s attempts to get his job at Sars back stopped in December last year after Judge Hans Fabricius ruled that Moyane’s application for an interim interdict, restoring him to his position and allowing him to remain on suspension with his full salary and benefits pending the outcome of a disciplinary hearing, was not urgent. He said Moyane had not proved he would suffer irreparable harm if the order was not granted.

Fabricius delivered a scathing judgment in which he severely criticised Moyane for attacking, insulting, and defaming the office of the president and Judge Nugent without reasonable cause and hurling insults at every conceivable opportunity.

Moyane, who reportedly now runs a florist, has been at the centre of two separate criminal investigations by the Hawks, and in January Angelo Agrizzi accused Moyane at the Zondo commission of stopping treasury from blacklisting Bosasa saying, “When Tom Moyane took on the role of director-general at the department of correctional services, the bribes paid by Bosasa to officials at the department increased from R500,000 a month to R750,000”. 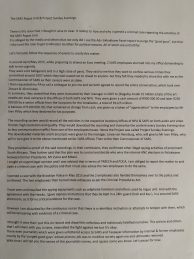