Advocate Mahlodi Sam Muofhe has been appointed by President Cyril Ramaphosa with the concurrence of State Security Minister Ayanda Dlodlo. 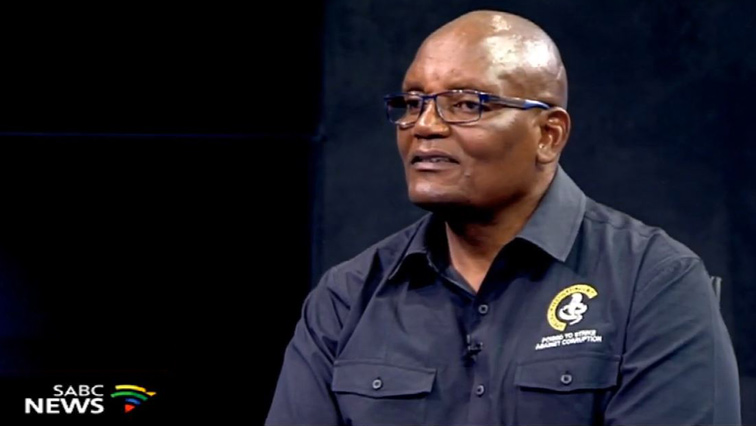 Advocate Mahlodi Sam Muofhe has been appointed as the new head of the domestic branch of the State Security Agency (SSA). Image: SABC News Online

Advocate Mahlodi Sam Muofhe has been appointed as the new head of the domestic branch of the State Security Agency (SSA).

Muofhe, an activist lawyer and former adviser to ex-mining minister Ngoako Ramatlhodi, has been appointed by President Cyril Ramaphosa with the concurrence of State Security Minister Ayanda Dlodlo.

His appointment is in line with Ramaphosa’s announcement at his February State of the Nation Address to re-establish the two arms of the intelligence service – one focusing on domestic and the other on foreign intelligence.

A high level review panel appointed by the president recommended splitting the agency in two. The panel’s report detailed the abuse of the country’s intelligence services for political and personal interests.

‘Intelligence can save the country from corruption’

Muofhe said he was humbled by the warmth of the welcome he had received from his colleagues.

“I look forward to working with my colleagues to repurpose the SSA in general and the domestic branch, in particular, to work tirelessly within the confines of our Constitution, the Intelligence Act and other enabling acts and policies,” said Muofhe.

“The agency properly focused on achieving its legislative mandate and can play a critical role in maintaining the integrity of our country and serve the people of South Africa distinctively.

“It’s absolutely critical to comprehend that the intelligence service in a democratic dispensation such as ours, if properly managed, can save the country from all the ills of corruption and maladministration afflicting our country both in the public as well as the private sector, respectively.”

Muofhe was employed at the SSA as a special adviser to former minister Dipuo Letsatsi-Duba, who has now been replaced by Dlodlo.

“In the agency from the time when I joined initially as a special adviser to former minister Dipuo Letsatsi-Duba, to now in my new position as the director: domestic branch of SSA, exposed me to many outstanding women and men from various disciplines.

“These professionals are yearning to serve the people of SA and I am delighted that together with them, we will be able to deliver quality services. Intelligence in the 21st century requires intellectual sophistication and there are many officials in the agency equal to this daunting task.”

Government, Guptas and the SIU

Muofhe has a history as an advocate, activist and politician.

He received an LLB from Unisa and was admitted as an advocate in 2011.

According to his lengthy LinkedIn CV, he has expertise in advanced labour law, environmental law, human rights law, media law and professional ethics.

Muofhe worked in the mayor’s office in Ekhuruleni from 2006 until 2010 and also in the Gauteng Department of Social Development as head of the MEC’s office and communications.

Between 2000 and 2003, he was a business columnist and investigative journalist at the Sowetan and Sunday World newspapers.

Last year, he testified at the Zondo inquiry into state capture about how, while an adviser to Ramatlhodi, he “declined a directive” to attend a dinner at the Gupta compound in Saxonwold.

Muofhe told the inquiry how he had received a letter from a Gupta-associated company directing him to attend the dinner and to discuss a “working relationship” but he did not attend.

“I genuinely hope that our Public Protector will learn from this judgment that she has to act in good faith when discharging her duties. Our Constitution directs her to do likewise; so that her decisions can strengthen our democracy.

“She must desist from litigating frivolously and vexatiously. The costs of any litigation, if she isn’t reminded by this personal costs order against her, will otherwise always be borne by South Africans through taxes.”

We will not protect any ANC leader accused of corruption, says Ramaphosa
9 hours ago
9 hours ago
PREMIUM!

We will not protect any ANC leader accused of corruption, says Ramaphosa
9 hours ago
9 hours ago
PREMIUM!