The minister says the paper will be discussed in the context of public finances and the country's economy. 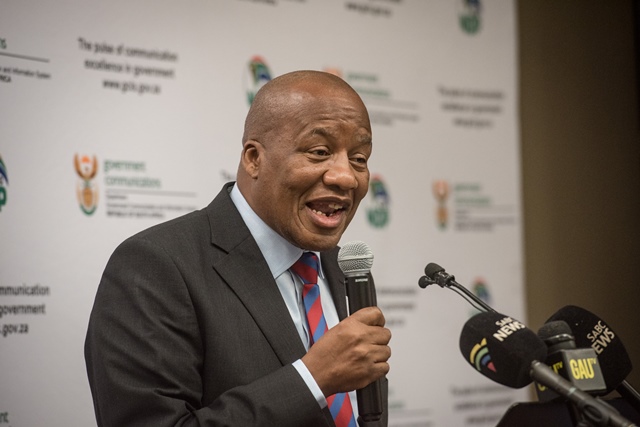 Minister in the Presidency Jackson Mthembu told journalists on Thursday that the Eskom white paper would come before Cabinet “soon”, hopefully in its next cycle, in about two weeks.

Mthembu was briefing the media on the outcomes of the Cabinet meeting held on Wednesday.

Moneyweb reported that Public Enterprises Minister Pravin Gordhan recently announced that the Eskom white paper would provide details on the utility’s restructuring and be completed and made public between the end of August and mid-September, adding that intensive discussions would take place with all stakeholders, especially labour, to ensure there was “sufficient consensus”.

Eskom’s restructuring entails it unbundling its operations into three different entities of generation, distribution, and transmission.

Mthembu told journalists the Eskom white paper “will come in the context of looking at the South African economy”, looking at its performance.

The minister added that the paper “will be presented under the leadership of the minister of finance”, Tito Mboweni.

He said the paper would touch on the economy and the country’s public finances but said he did not know its specific content.

Responding to questions, Mthembu clarified that there was an Eskom white paper, saying that when it comes before Cabinet, relevant stakeholders will present it.

Furthermore, the paper “will not be presented on its own”, Mthembu said. It will not only deal with challenges at Eskom and how to address them but it will also deal with the impact these challenges have on the country’s finances.

This would be done because “you can’t have an artificial separation” between that paper and matters dealing with public finances and the country’s economy, Mthembu said, adding that this would be done so Cabinet can “have an integrated discussion” on these matters.

“So all these papers will come before Cabinet, then we will have an integrated cabinet discussion on all these matters,” Mthembu said.

He said hopefully these papers on Eskom, public finances, the economy and other state-owned entities (SOEs) would be discussed in the next cabinet meeting.

South African Airways and the South African Broadcasting Corporation are two SOEs Mthembu said have been “guzzlers of our financial purse”, which would also be part of the said cabinet discussions.