'Kumkani [king] Zwelonke will forever be remembered with great respect and admiration for his dedication and selflessness in serving his people.' 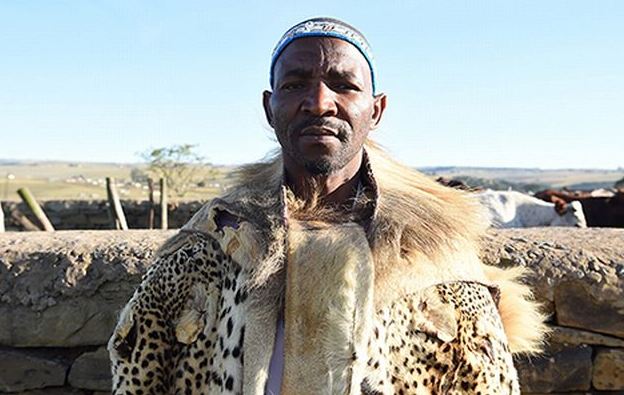 Acting President Dr Nkosazana Dlamini-Zuma has sent condolences to the amaXhosa royal family and the community after the death of King Mpendulo Zwelonke Sigcawu early on Thursday.

“I am deeply saddened by the untimely passing of his majesty King Zwelonke whose contribution to the development of the institution of traditional leadership is beyond measure,” said Dlamini-Zuma, who is the minister of cooperative governance and traditional affairs

“Our country has lost a leader who was close to his people; a torch-bearer for peace and unity.

“As the government, we are proud to have worked with such a great leader. Kumkani [king] Zwelonke will forever be remembered with great respect and admiration for his dedication and selflessness in serving his people.”

President Cyril Ramaphosa is currently abroad on government business, with Dlamini-Zuma acting until his return.

She was caught up in an awkward incident with Sigcawu after he expressed concern that South Africa might have a female president when the battle for the top spot in the ANC was taking place between herself and Ramaphosa in 2017.

The king’s uncle, Prince Xhanti Sigcawu, had to clarify that he was not referring to her specifically, but felt he should be told if the country might get a female president, according to news reports at the time.

The ANC said Sigcawu had played a significant role in strengthening the relationship between traditional authorities and institutions of constitutional democracy.

“King Sigcawu leaves a proud legacy for his people. The most fitting tribute that can be paid in honour of his legacy is to proceed along the path he laid – that of commitment to unite and improve the lives of his people.”

However, he died on Thursday morning.

He was 51 and succeeded his father King Xolilizwe Sigcawu, who died in 2005.

Sigcawu was only crowned in 2015 due to a prolonged succession dispute.

The ANC sent its heartfelt condolences to the king’s family, the amaXhosa people and Congress of Traditional Leaders of South Africa.

The IFP sent condolences from Mangosuthu Buthelezi in his capacity as president emeritus of the party, chief of the Buthelezi clan and traditional prime minister to Zulu King Zwelithini and the Zulu nation.

“This is a dark day for the kingdom but one in which they are not alone. We stand with them in grief, in sympathy and support,” said Buthelezi.

He described Sigcawu as a “strong and wise leader”, who was “in the prime of his life”.

Buthelezi said Sigcawu had launched a number of legacy projects, as well as being proactive in the fight for development and poverty alleviation, understanding that traditional leadership was central to securing social justice.

“It is our hope that this legacy will continue, as a tribute to the king.”

Buthelezi described Sigcawu’s condolences when his wife, Irene, died in March as a “balm to the soul” and expressed the strong connection between the Zulu and Xhosa nations.

“We will continue to pray for comfort and peace, and ask our Lord God, the Almighty, to be the provider of strength for the amaXhosa people. May King Sigcawu’s soul rest in eternal peace.”