Zanele Hlatshwayo, former mayor of Msunduzi, which includes Pietermaritzburg, was removed after the municipality was put under administration. 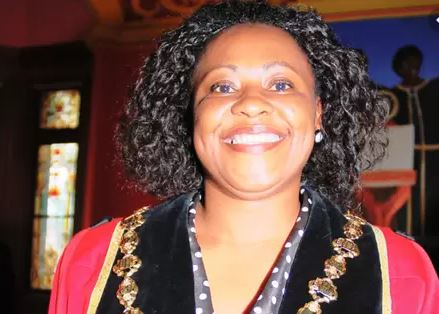 Out of 172 applicants, the ANC’s preferred candidate for commissioner of the Public Service Commission (PSC) is a former mayor who was removed from the municipality she led after it was put under administration.

After a sub-committee of the Portfolio Committee on Public Service and Administration decided to recommend Zanele Hlatshwayo, former mayor of Msunduzi, which includes Pietermaritzburg, the DA is threatening to ask the courts to set aside the recommendation.

“The sub-committee forwarded the name of Ms Zanele Isabella Hlatshwayo to the Portfolio Committee of Public Service and Administration as the preferred candidate, with the exception of the Democratic Alliance, which did not agree with the recommended candidate. The name of the preferred candidate will be forwarded to the Office of the President of South Africa for ratification,” read a statement from chairperson of the Portfolio Committee on Public Service and Administration, Tyotyo James, which was released on Thursday.

In 2009, the IFP brought a motion of no confidence in Hlatshwayo, alleging that she spent extravagantly on mayoral pet projects and wasted money by attending former US president Barack Obama’s inauguration.

She denied the allegations at the time.

Hlatshwayo and her executive were removed.

Soon after losing the mayoral chain, Hlatshwayo was appointed at the KwaZulu-Natal Department of Health.

She was 33rd on the ANC’s KwaZulu-Natal provincial to national list in the May 2019 elections, but didn’t make it to parliament.

According to her LinkedIn profile, she is an executive member of the ANC Women’s League in KwaZulu-Natal.

The PSC’s mandate is to investigate, monitor, and evaluate the organisation and administration of the public service. It has 14 commissioners and five of them are appointed by the National Assembly.

The Constitution and the Public Service Commission Act requires that a fit and proper person be appointed to the commission.

The committee used the following criteria to compile its shortlist: a fit and proper person; a strong work ethic and integrity; extensive knowledge and skill of the government system; an understanding of and/or previous experience in the Public Service Commission; appropriate and extensive experience in senior management, either in the public or private sector; and an understanding of the National Development Plan and the mandate of the Public Service Commission.

After interviews, the committee said it was “confident that the above recommended candidate (Hlatshwayo) for the appointment has a clear understanding of the mandate of a commissioner for the Public Service Commission, with the exception of the Democratic Alliance”.

DA spokesperson on public service and administration, Leon Schreiber, said in a statement “the ANC is determined to use cadre Hlatshwayo to capture the PSC, where she will be paid more than R1.5m per year”.

He said the Constitution stipulated that the PSC “is independent and must be impartial, and must exercise its powers and perform its functions without fear, favour or prejudice” and that a commissioner must be a fit and proper person.

He claimed the “scandal” was more evidence that, hidden under the ruse of [President Cyril] Ramaphosa’s “empty talk”, the ANC was as determined as ever to “capture the state”.

“If the ANC does not withdraw the recommendation to appoint Hlatshwayo, the DA will not hesitate to approach the courts to set aside this patently irrational appointment, and to request personal cost orders against the ANC members of the committee who knowingly recommended an unfit and improper cadre,” Schreiber said.