Your investigations are not meant to gather dust in offices of high-ranking officials, the justice minister said. 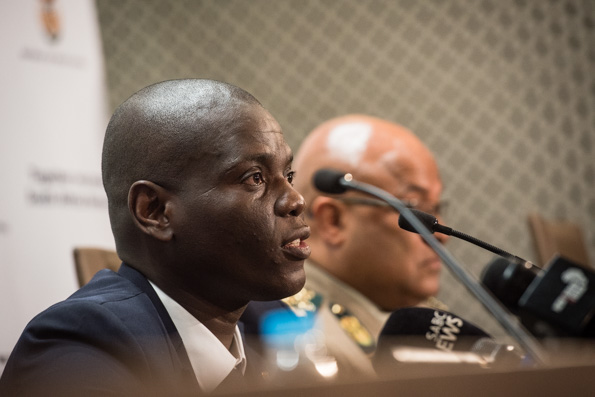 Justice and Correctional Services Minister Ronald Lamola has called on the Special Investigating Unit (SIU) to produce results in its fight against corruption.

Lamola said the unit’s work was of immense importance to the nation, adding South Africans were fatigued by stories of corruption in the government.

Moreover, the effect of corruption in communities was rife for all to see, he said.

“It is within this context that we welcome the operationalisation of the Special Tribunal. It is also encouraging that its first case deals with the Office of the State Attorney.

“If one considers the importance of the State Attorney to our national fiscus, this case is an important development in our anti-corruption jurisprudence. It also shows that the SIU is not afraid to start within the justice family, this proves that charity truly begins at home.”

Lamola acknowledged the department was cognisant of the fact that the SIU’s workload had quadrupled considering recent events.

He said as a creature of statute, the unit should guard its professional integrity jealously because those who have benefited from the spoils of corruption would not go down without a fight.

“We now have a Special Tribunal in place and there is no doubt that you will be judged not only by the number of cases you refer to the tribunal but also by the number of referrals which actually result in wins for the State.

“All this work lies before you within an economy that is in a very difficult space. Our GDP to debt ratio is north of 50% and the demands on the fiscus are enormous.

“This effectively means that this institution must be efficient in the manner in which it allocates resources we find for it to do the important work we need it to fulfil.”

Lamola said damning revelations came out about the Department of Correctional Services at the commission of inquiry into state capture, and the SIU had long finalised its investigation and submitted its report.

“Yet, no action was taken against any person as a result of this either. In the governing party’s lekgotla, it was emphasised that this is the year of implementation.

“In law enforcement, which is where you find yourselves, this should also be the year of action. Your investigations are not meant to gather dust in offices of high-ranking officials, they are meant to help citizens to have faith in the rule of law.”

Lamola also addressed correctional services employees, saying they ought to reflect and decide on whether they duly provided their expertise and successfully executed responsibilities entrusted upon them.

“We are confronted by enormous challenges as a country, including creating a capable government that is responsive to the needs and aspirations of its citizens.

“In most parts of the country, citizens do not have confidence in public servants and in some instances, this is justified,” he said.

Lamola added there were areas where the department had done well, such as the remission of sentences for offenders and the way it integrated its programmes to fight gender-based violence and femicide.

He said he was concerned that the department was still struggling with a project to make body scanners function properly in various jails around the country.

Too late for Eskom to try and fix old power stations, says expert
12 hours ago
12 hours ago

Too late for Eskom to try and fix old power stations, says expert
12 hours ago
12 hours ago