Don’t drink so much that you injure others, Ramaphosa pleads

Ramaphosa said the government was not contemplating re-banning alcohol, 'as yet'. 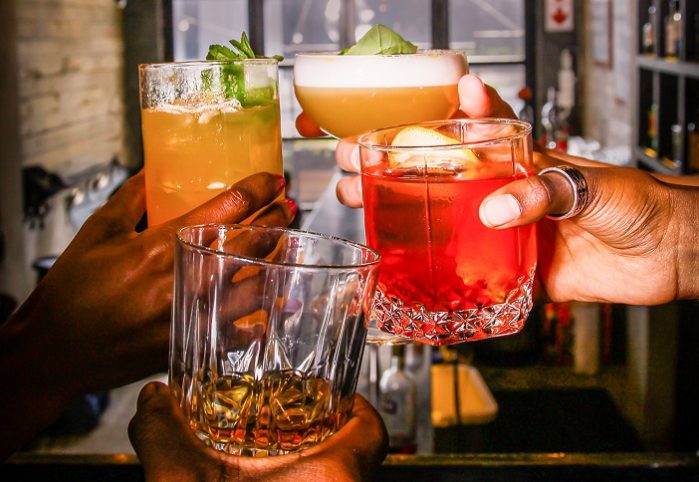 President Cyril Ramaphosa has called on South Africans not “to drink so much they injure others” – and put undue pressure on the national health system.

This, after reports this week alcohol-related injuries had spiked almost immediately after the restriction on its sale was lifted on Monday under Level 3 lockdown.

The president was speaking in Brackenfell, Cape Town, where he was inspecting a “Red Dot” transport initiative whereby 6 000 healthcare workers are transported safely in special taxis in the Western Cape.

When alcohol sales were legalised on Monday, “we suddenly saw a spike in the utilisation of hospital beds” due to alcohol-related harms, Ramaphosa said.

“It was always going to be a risk,” he added.

Ramaphosa said the government was not contemplating re-banning alcohol, “as yet”.

But he called on “all South Africans to behave in a manner that would take into account the rights of other people … we hope that message will sink in”.

“Particularly, now that we are at war. When you are at war, many other activities of a pleasant nature usually come to a stop – and we would like to see that happening around the utilisation of alcohol. People should drink responsibly, and not put themselves in situations which would do harm to themselves, and to others.

“When you drink to a point of getting so drunk that you injure others, you are actually doing much more damage to our health system than just giving pleasure to yourselves.”

Ramaphosa praised the Western Cape government’s transformation of the Cape Town International Convention Centre in a “hospital of hope”, and the partnership with the taxi industry, as welcome examples of innovation.

“As they say in ‘The Classics’: ‘Never waste a crisis.’ This is precisely what I’m pleased we are beginning to do,” he told Premier Alan Winde. But he warned: “We are at war. We are at war with an invincible enemy. And we must defeat this enemy.”

‘Crossing the river by feeling our way’

Asked  if he had personally made any mistakes in his leadership of the crisis, Ramaphosa replied: “We are traversing uncharted waters. I went to the Union Buildings and searched the bookcases to find out if there’s a book that’s written … ‘this is the textbook on how to deal with Covid-19’.

“I couldn’t find any. So, in the end, what it meant was we’re crossing this river by feeling our way, over the stones at the bottom of the river. And some of those stones will be slippery, some will be firm, and some places will just be pure sand.”

He said many other countries had found themselves “on similar paths” – into the unknown.

“Yes, we’ve made mistakes – and decisions that have been well-accepted by our people. This is the journey we have been on … we are building an aeroplane while flying it. And when you do that you are exposed to a whole number of dangers and risks.”

Ramaphosa said as leaders, they had been glad to have had South Africans “walking with us”, promising the government would try to “minimise the mistakes” and make “more and more correct decisions”.

No matter what ANC fails to do, it remains electorally powerful
30 mins ago
30 mins ago

From Covid to cancer: High hopes for 'versatile' mRNA
4 hours ago
4 hours ago

No matter what ANC fails to do, it remains electorally powerful
30 mins ago
30 mins ago

From Covid to cancer: High hopes for 'versatile' mRNA
4 hours ago
4 hours ago