Msunduzi Municipality spokesperson Thobeka Mafumbatha says since an arrangement has been made with Eskom, citizens can rest assured that electricity supply will not be disconnected due to non-payment. 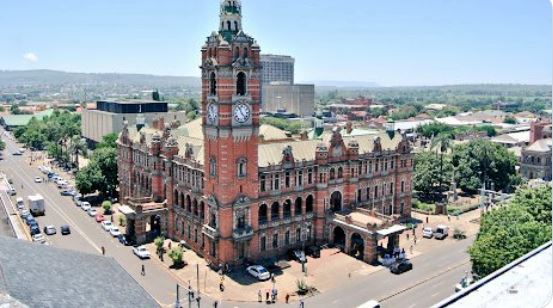 The Democratic Alliance (DA) in the Msunduzi council in KwaZulu-Natal has raised concern around the management of the municipality’s finances, saying once expenditure exceeds revenue, the municipality will struggle to pay its creditors.

According to Majola, an arrangement was made between the municipality and Eskom that the former would pay what it owes the power utility on a monthly basis for a period of six months, with the first payment due on 5 August.

However, he said, the municipality “did not honour” the payment on 5 August and that Eskom has since indicated that it intends to cut the supply to the municipality, which has resulted in fresh negotiations to enter into a new arrangement.

Responding to a media inquiry, Eskom said: “Eskom has a preference not to engage stakeholders or to conduct any negotiations through the media especially where there is no dispute.”

Spokesperson for the Msunduzi Municipality, Thobeka Mafumbatha, said the municipality has entered “into a payment agreement with Eskom”.

Mafumbatha said the Covid-19 pandemic and subsequent economic lockdown contributed to the municipality’s debt to Eskom “since all our customers rely on their income in order to pay for services”.

“The municipality has seen a huge drop in its collections due to lockdown, business not operating and people not being able to have disposable income, in turn, there are unable to pay for services,” she said.

Mafumbatha gave the assurance that since a new arrangement has been made, “the citizens can rest assured that electricity supply will not be disconnected by Eskom due to non-payment”.

Majola, however, said the Covid-19 pandemic was not to blame but rather that 66% of the municipality’s customers do not pay for services, mainly water – a matter which he said predates the outbreak of the disease.

He said the pandemic might contribute 5% to the situation at the municipality.

Another concern, Majola said, was that at some stage in the future the municipality would report that it has depleted its funds and can no longer pay salaries.

He said it was further concerning that the financial mismanagement was happening under the administrator’s watch, which confirms the DA’s position that the municipality should have been dissolved.

Mafumbatha said the municipality’s payments to Umngeni Water have also been affected by the Covid-19 pandemic and she urged customers to pay for their services on time, which would assist the municipality “to meet its obligations for bulk purchases”.