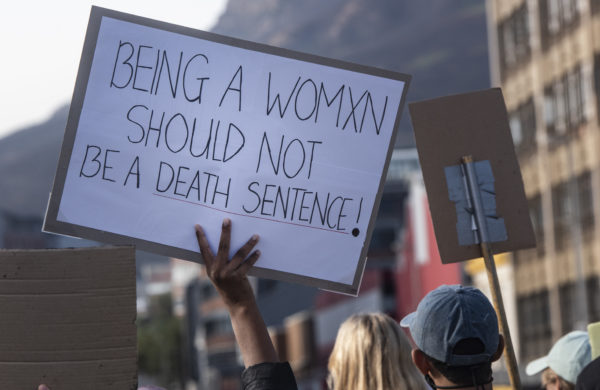 The National Assembly passed gender-based violence (GBV) bills that will change the landscape in terms of how government departments, law enforcement, and the courts deal with cases of violence against women and the vulnerable.

The bills were introduced in Parliament following a Presidential Summit against Gender-Based Violence (GBV) and Femicide (GBVF) held in November 2018.

The bill among others aims to expand the scope of the NRSO to include the particulars of all sex offenders and not only sex offenders against children and persons who are mentally disabled.

It also aims to expand the list of persons who are to be protected to include other vulnerable persons, namely, certain young women, persons with physical, mental, sensory or intellectual disabilities and persons over 60 years of age who receive community-based care and support services.

It furthermore aims to increase the periods for which a sex offender’s particulars must remain on the NRSO before they can be removed from the register.

In addition, the Bill proposes to expand the ambit of the crime of incest, and introduces a new offence of sexual intimidation.

The purpose of the Domestic Violence Amendment Bill is to amend the Domestic Violence Act 116 of 1998 to, amongst others, further provide for how acts of domestic violence and matters related thereto must be dealt with by certain functionaries, persons, and government departments. It also aims to further regulate the obtaining of protection orders in response to acts of domestic violence.

The bill also amends the Criminal Procedure Act to further regulate the granting and cancellation of bail and the right of a complainant in a domestic-related offence to participate in parole proceedings.

It also amends the Criminal Law Amendment Act to further regulate sentences in respect of offences that have been committed against vulnerable persons; and amend the Superior Courts Act to provide for the appointment of intermediaries and the giving of evidence through intermediaries in proceedings other than criminal proceedings.

Parliamentary spokesperson, Moloto Mothapo siad the Bills will now be sent to the National Council of Provinces (NCOP) for concurrence.