Excess bodies at Phoenix mortuary ‘not necessarily linked to unrest’

The MEC says claims that the Phoenix mortuary had reached its capacity of 500 bodies are not true. 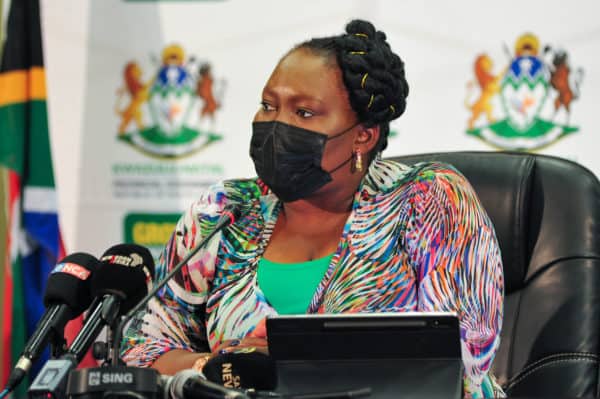 Nomagugu Simelane-Zulu, KZN MEC for Health during the media briefing on the update on the fight against COVID-19 infections in KwaZulu-Natal on June 20, 2021 in Durban, South Africa. According to a media briefing, the Premier outlined the province?s state of readiness for the looming third wave of infections and the strategies it is putting in place to curb infections especially during the approaching winter holiday season. (Photo by Gallo Images/Darren Stewart)

KwaZulu-Natal health MEC, Nomagugu Simelane, has dismissed widespread reports that there is an overflow of bodies at a mortuary in Phoenix, located in the north of Durban.

This is after National Funeral Practitioners Association of South Africa (Nafupa), on Wednesday, revealed that there were over 300 unclaimed bodies currently stored at the Phoenix Medico-Legal Mortuary.

Speaking to eNCA on Wednesday, Nafupa president Muzi Hlengwa revealed that the mortuary, which serves the wider eThekwini area, and not just Phoenix, had reached its capacity of 500 bodies.

ALSO READ: Mortuaries buckling as bodies pile up in Phoenix

However, Simelane has indicated that that was not the case, saying the mortuary had a backlog of 128 bodies.

The MEC also pointed out that bodies were not necessarily linked to the rampant looting and violent unrest in parts of KwaZulu-Natal that took place recently.

“So far, that is not true. It’s 128 bodies that we have received. But also, we cannot necessarily say all of them are as a result of the unrest,” she said.

Simelane visited the Phoenix mortuary on Wednesday, where she clarified that there were 35 bodies that have not been identified by family members.

“We decided to see for ourselves because we understand there has been quite an outcry about the fact that there’s a backlog in relation to families wanting [to see] their loved ones who passed on during the unrest last week.

“I want to indicate that as of this morning, we have a backlog of 128 bodies. But this backlog includes people who were killed or passed away elsewhere in incidents that are not necessarily related to the unrest. It also includes people who passed on in the different hospitals within the catchment area of Phoenix.

“Normally, this facility receives about 70 bodies a week, so when you compare the normal figures with what we now have, you can clearly see that there is a steep increase. But we are not in a position to indicate that all of those bodies are as a result of unrest,” she said.

The MEC further called on families who reported their members as missing to visit the mortuary and identify bodies.

“We have 35 bodies in the facility that have not been identified by the families and for as long as families do not identify them, we are unable to process them, and can therefore not get post mortems out.

READ MORE: Citizens can register deaths without going to a Home Affairs office

“We are calling on all the families with people who are missing to come to our facility and identify them.

“I also want to indicate that we have put in place a programme together with the Saps [South African Police Service], whereby the families that are missing people don’t necessarily have to go to their nearest police station. They can just come here to Phoenix mortuary where there will be police on site from 7am to 3.30pm.”

There have been racial tensions between the Indian community of Phoenix and the neighbouring townships of Zwelisha and Bhambayi, tensions that flared during the unrest in the province.

The number of deaths increased to 22, according to KwaZulu-Natal Premier Sihle Zikalala, with several missing and believed to have died in criminal and vigilante acts to date.

15 arrests have been made so far in relation to the racial tensions.

Meanwhile, the African Transformation Movement (ATM) has since approached the South African Human Rights Commission (SAHRC) in KwaZulu-Natal to request an inquest into the incidents in Phoenix and its surrounding areas.

ATM spokesperson Sibusiso Mncwabe on Thursday said the party had approached the SAHRC because they want to find out the exact number of deaths, as well as the exact details of what happened.

Mncwabe said they believed that the deaths were related to the racial tensions.

Overall the rioting and protests has claimed 337 lives, according to the Minister in the Presidency Khumbudzo Ntshavheni, marking a further jump in the death toll from the 276 announced the previous day.

Ntshavheni said of the reported deaths in Gauteng to date, 42 cases of murder and 37 inquest dockets have been opened.

Meanwhile, in KwaZulu-Natal, 171 cases of murder and 87 inquest dockets have been opened.

She added that some of the latest deaths were of people succumbing to injuries sustained during the riots.

Widespread looting and burning of businesses broke out earlier this month, a day after former President Jacob Zuma began serving a 15-month jail term for ignoring a corruption inquiry. 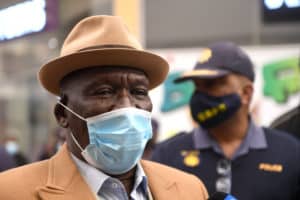 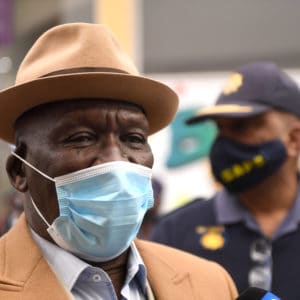 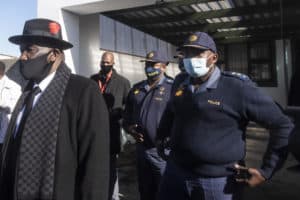 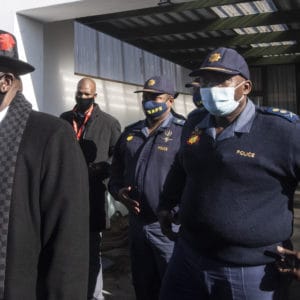