Dlodlo insists: ‘There was never an intelligence failure’, ahead of unrest

Dlodlo says she believes that she did her part prior to the violent protests and looting which left more than 300 dead. 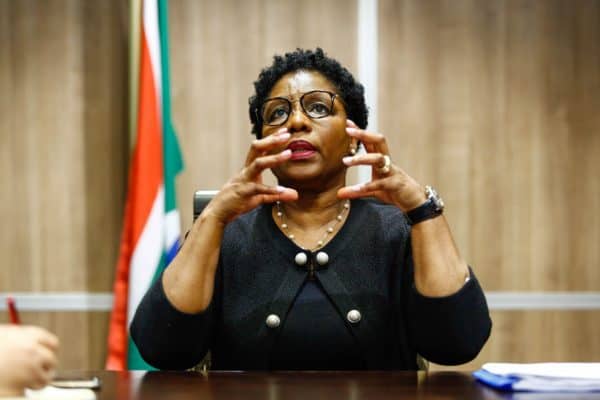 Former State Security Minister Ayanda Dlodlo has insisted that she carried out her duties ahead of and during the violent unrest that took place in July.

During an interview on eNCA on Thursday, Dlodlo said there was an never intelligence failure, adding that she believes that she did her part.

“I don’t want to venture into who was wrong and who was right. That is a process that is going to be taken care of by parliament through an inquiry and also the team that the president has put together. But I sit on this chair in front of you, looking at you and feeling comfortable about the fact that I did my part. I did the best I could do,” she said.

The Minister previously indicated that the State Security Agency (SSA) had an intelligence report on the unrest prior to the violent protests and looting happening.

Following the unrest which took place in parts of KwaZulu-Natal and Gauteng, President Cyril Ramaphosa came out boldly to label the incidences as a “failed attempted insurrection”, while also acknowledging government’s unpreparedness for the riots.

But this was very different to the statements made by then Minister of Defence and Military Veterans Nosiviwe Mapisa-Nqakula, who insisted that the violence – which left more than 300 people dead – had nothing to do with a coup or an insurrection.

The contradictory statements were seen as damaging to the image of the Justice, Crime Prevention and Security Cluster (JCPS), which included Dlodlo.

Dlodlo and Police Minister Bheki Cele were also at odds over whether the South African Police Service (Saps) was provided with intelligence reports about the riots.

While the minister claimed that police had such information, Cele, however, has disputed this.

Ramaphosa’s much-anticipated Cabinet reshuffle last month resulted in Dlodlo being redeployed to her previous position as Minister of Public Service and Administration, a post she held from 2018 until 2019.

There had been calls from opposition for Ramaphosa to get rid of Dlodlo entirely, following the looting and insurrection debacle.

The reshuffle also saw the whole Ministry of State Security being moved into the presidency, however, Police Minister Bheki Cele managed to keep his job.

The President further announced that an expert panel was to be appointed to lead an investigation into the insurrection.

Sydney Mufamadi was appointed as the state security adviser.