Over one million at risk of losing their outstanding TERS payments

Those who don't get the errors on their applications rectified by the end of the year stand to lose all outstanding payments. 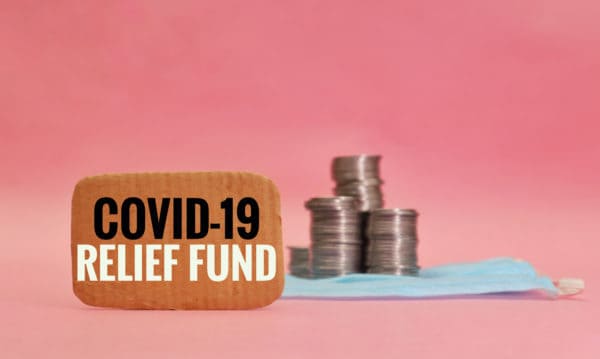 The Unemployment Insurance Fund (UIF) says it has more than a million outstanding claims on its Covid-19 Temporary Employer-Employee Relief Scheme (TERS) portal that stands to be closed by the end of December if claimants do not attend to the errors on their applications.

A media statement issued by the Department of Employment and Labour on Wednesday states that simple errors in the applications are the main reason outstanding claims are yet to be finalised. The most common errors on the applications include incorrect banking details, incorrect income and invalid identity or passport numbers.

“We have observed that most Covid-19 TERS payments are unsuccessful due to employers or their representatives failing to follow the application procedures correctly,” says acting UIF Commissioner advocate Mzie Yawa.

“The application platform provides error messages and guides employers on what they need to do to correct mistakes.”

ALSO READ: UIF TERS payouts in Gauteng and KZN: Here’s how to apply

Attempts at fraud could be to blame

The department believes the reason a lot of outstanding claims, some dating back to March 2020, are not being attended to by claimants is because they are fraudulent.

Acting departmental spokesperson Musa Zondi, speaking to Moneyweb, says: “It’s because some of the people who have been claiming have been claiming fraudulently and that’s why they won’t be able to answer some of the [errors on the claims] because these are part of the vetting that is to ensure that the [bona fide] people get the money that they need to get.

How else would one explain having asked so many times for those employers to come back to us and they still haven’t?

“Of all the claims we have looked at, more than 4,000 were claims from dead people, and those claims would have emanated from somewhere,” says Zondi.

“We were receiving the claims, so they would have emanated from an employer or whoever was posing as an employer and trying to put the names of dead people [forward],” Zondi added.

Red tape may be another reason

“Employers are frustrated with the slow progress given that they often receive contradictory advice via the call centre on how to resolve these [errors]. Generally the lack of response to queries and emails [when] submitting required information is creating uncertainty and contributing to increasing tension in the workplace.”

Coovadia is, however, adamant that social partners will continue to work with the UIF to resolve the issue and revise errors to ensure that valid claims can be processed and paid out to the rightful beneficiaries.

The department says it has resorted to partnering with unions in its attempts to resolve the issue and has formed a project team.

“We appreciate efforts by among others Sactwu [Southern African Clothing and Textile Workers’ Union] and Numsa [National Union of Metalworkers of South Africa] who heeded our plea to talk to their employers, which has helped to have most of their issues resolved,” says Yawa.

“We urge all unions and employers whose members/workers have not been paid to correct the errors or causes of non-payment as they appear on our portal, and resubmit corrected applications so payments can be finalised. Failure to do this within a month from now may result in the application considered closed.”

Sactwu says it has embarked upon an intensive programme to resolve the payment of outstanding Covid-19 TERS claims and is making progress.

We are dealing with this on a specific ‘customised drill-down’ basis, workplace by workplace

“Of course, those workers who still have outstanding payments due to them remain unhappy, correctly so and as expected.

“Employers are generally responding positively, and we are slowly but steadily getting the outstanding payments resolved. We take the approach of eating the elephant bit by bit.”

Relief for those affected by July unrest

The UIF says it has to date received 255 applications from workers impacted by the unrest experienced mainly in KwaZulu-Natal and Gauteng in mid-July.

The Workers Affected by Unrest (Wabu) relief scheme, which was established in August, is still in the process of verifying claims.

“We believe everyone should appreciate that efforts must be taken to curb the TERS fraud we encountered,” says Yawa, adding that it is necessary for extra precautions to be taken when processing claims for Wabu to prevent such fraudulent activity from recurring.