A fire forensic report revealed traces of an accelerant, which was present between the equipment in the storeroom - indicative that arson caused the fire. 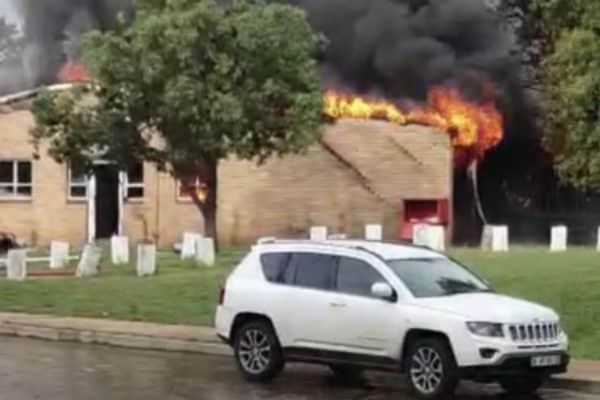 A hospital fire that destroyed R20 million worth of equipment in February has been confirmed as an act of arson.

DA shadow MEC for health in Gauteng, Jack Bloom, said in a statement on Thursday this was revealed by Gauteng health MEC Nomathemba Mokgethi in the provincial legislature.

Bloom said a fire forensic report revealed traces of an accelerant, which was present between the equipment in the storeroom – indicative that arson was behind the fire.

Due to Covid-19 restrictions, no members of the public had access to the hospital, and Bloom said this meant the fire could have been started by an official from within the hospital’s premises.

Although a criminal case of arson has been opened, no arrests have been made.

“I suspect that the fire could have been caused to cover up corruption concerning the PPE or the equipment meant for the Anglo Ashanti hospital.

“The Special Investigating Unit has already made adverse findings on the R500 million spent on renovating the Anglo Ashanti hospital,” Bloom said.

Bloom has also speculated that the fire which gutted part of the Charlotte Maxeke Academic Hospital in Johannesburg in April could also have been purposefully set to “destroy the evidence of corruption at the stores”.

He said the ultimate victims were sick patients, who must now endure prolonged suffering.

In addition, he emphasised that fire prevention measures urgently needed to be upgraded at all hospitals.