The city is busy quantifying the damages and costs incurred as a result of the protest action. 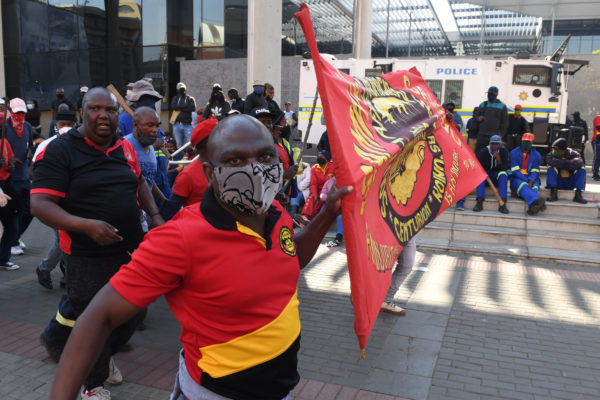 The South African Municipal Workers Union (Samwu) are set to be billed by the City of Tshwane after going on an illegal strike.

The strike comes in spite of the city obtaining an interdict from the Labour Court last week, which sought to prevent the municipal workers from continuing with the unprotected strike.

The interdict declared that Samwu and its members are to “immediately disperse”.

However, the union went ahead with the strike on Tuesday, which disrupted the delivery of basic services – including bus services – in some areas across the metro.

ALSO READ: City of Tshwane to get new manager

“Some employees have been subjected to intimidation while others have been violently removed at the Wonderboom Electricity depot.

“The Akasia Driving License Testing Centre closed doors after staff members were intimidated and forced to join the strike by their protesting colleagues.

“While other services have not been severely impacted by the strike, there is, however, the likelihood of the turnaround time to service interruptions regarding electricity, water and sanitation being affected,” the city said in a statement.

The city later in another statement pointed out that the illegal strike action also led to prolonged electricity outages “due to intimidation of teams and sabotage”.

“The City of Tshwane’s electricity network is currently taking serious strain due to the impact of load shedding. This is normal, as our network was not designed with load shedding in mind and it damages our systems. However. it is being made significantly worse due to negative action by illegally striking workers.”

“[We] will issue the bill against Samwu for the wasteful costs incurred as a result of this unlawful strike,” it added.

Samwu’s Tshwane regional secretary Mpho Tladinyane told Fin24 the union was determined to ensure workers received their due 2019 collective agreement on benchmarking and other benefits that the City reneged on.

The scheme is meant to provide employees with funeral benefits of up to R40,000.

He further said that the workers were supposed to get a 3.5% increase after a deal was signed in September.

The workers, however, were informed that the increase could only be implemented in October, Tladinyane added.