The president said government would in due course be moving in a determined manner to ensure that it cut down on 'unnecessary bureaucratic clutter'. 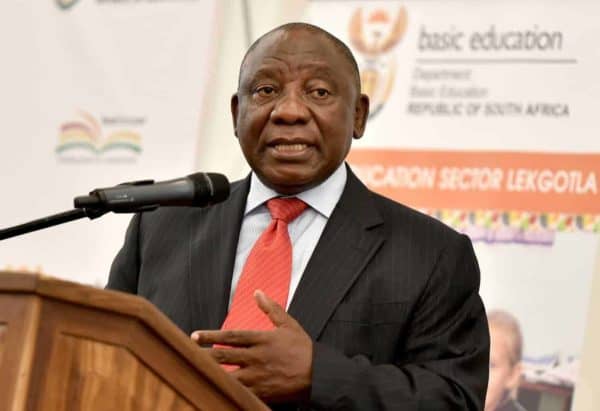 This as the country seeks to attract economic development that will improve the country’s growth prospects.

The commitment was on Friday made by President Cyril Ramaphosa during a District Development Model (DDM) visit to the Ugu District in KwaZulu-Natal.

The visit focused on the development of the Eastern Seaboard that traverses KwaZulu-Natal and Eastern Cape provinces along a 600km stretch between the eThekwini and Buffalo City Metros. The development spans four districts and 17 municipalities situated between the two provinces.

“If we really want economic development, we must cut out [red tape]. We must make sure that things happen,” Ramaphosa said

In government, Ramaphosa said he was aware of a “lackadaisical tendency” of requisite documents not being timeously processed in the relevant channels.

“We must make sure that things happen because it quite often discourages investors, it makes investors become discouraged, and they walk away. I don’t want anyone to stay in my way of getting investors to stay here,” he said.

The president said government would in due course be moving in a determined manner to ensure that it cut down on “unnecessary bureaucratic clutter”.

ALSO READ: Mantashe and Ramaphosa differ on the just transition from coal

Government is working to encourage investment in the region by packaging existing infrastructure project portfolios and presenting a critical project pipeline with the detail needed for investors to make informed investment decisions.

Ramaphosa said this would not be achieved by cutting corners or sacrificing safety and quality.

“We will do so by ensuring that the timeframes are adhered to.”

The government tendency of elongating processes of giving approvals had to be cut down substantially to ensure that projects go ahead and address the needs of the people.

Ramaphosa said the country’s journey towards economic reconstruction and recovery developments to boost the fortunes of the economy and create jobs, relied on projects visions such as the Eastern Seaboard Development.

“They’ve also suffered from low growth, and other investment,” he said.

The development was born from the president’s vision of overcoming the legacy of apartheid spatial planning that continues to limit the economic opportunities of many millions of South Africans.

Ramaphosa said it is a vision to strengthen economic linkages between the country’s provinces through mutually beneficial development.

“This development aims to harness the potential of the vast natural endowments of the two provinces of our country, the Eastern Cape and KwaZulu Natal,” he said, adding that the provinces were rich in a coastline teeming with marine resources of enormous proportions.

“Our fauna and flora places us as one of the top five most biodiverse countries in the world.”

With the natural endowment located in the four districts, it presented great growth opportunities in the oceans economy, tourism, agriculture, mining, oil and gas, technology, and many others.

He said the natural environment had the potential to revitalise local economies, create jobs and sustain livelihoods. To translate the vision for the Eastern Seaboard development into reality, cooperation between the public and private sectors to mobilise investment for catalytic and the “big-ticket transformative projects” was needed.

Ramaphosa said while investors would provide the investment, government would create the conducive environment and conditions for this investment to take place.