An insider said the report was 'unlikely to be pretty'. 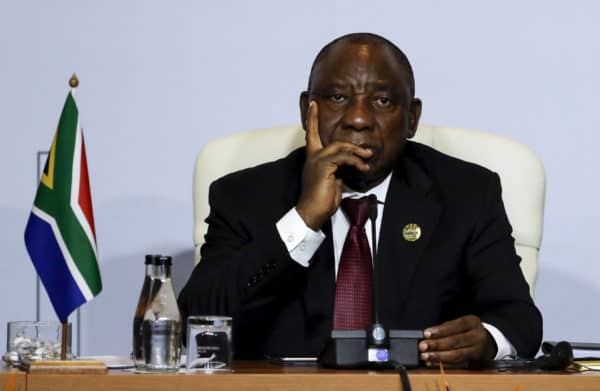 Sources have claimed that a shake-up of the security cluster is expected after President Cyril Ramaphosa was handed a draft report on the government’s response to the unrest that occurred in July.

Ramaphosa is expected to take action when he returns from his tour around West Africa.

A panel was set up by Ramaphosa to determine if government’s response to the unrest was appropriate, timely and co-ordinated.

The report is expected to reveal what failures happened and who failed to act. An insider told News24 that the report is “unlikely to be pretty”.

Hearings into the unrest

At the South African Human Rights Commission’s (SAHRC’s) inquiry into the unrest and looting, government ministers and security cluster generals have blamed each other.

Police Minister Bheki Cele said National Police Commissioner General Khehla Sitole was nowhere to be found during the unrest. He also claimed he did not receive any intelligence reports from the police.

Sitole then accused Mapisa-Nqakula of lying when she told the inquiry that 800 soldiers were deployed to KwaZulu-Natal to help the police.

Sitole also told the SAHRC that police did not have enough members to effectively respond to the unrest. He said the South African Police Service (Saps) has about 5,000 public order police officers, but the country ideally needs around 12,000.

The police commissioner also said the unrest was planned and unpredictable, which made it difficult to get an approved operational plan.

“So contingency planning operational instructions are always there, but because the modus operandi was not exactly known, there wasn’t an approved operational plan,” said Sitole.

He added that the police needed to improve its intelligence services.