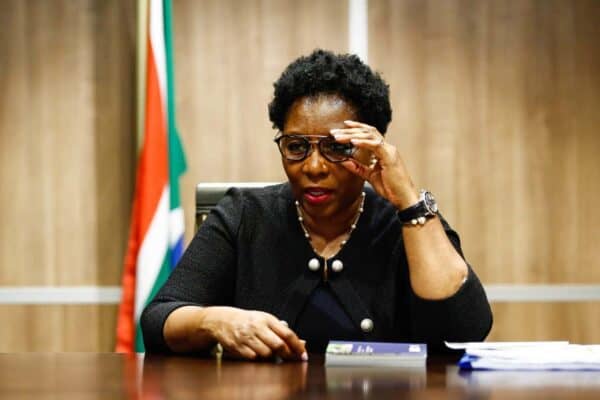 The State Security Agency(SSA) has refuted allegations that is was sheltering “criminal networks” who allegedly looted a sum of R1,5 billion from the agency between 2008 and 2018.

This denial comes in response to a News24 report that investigations into the supposed looting have fallen flat, while those responsible were still in their positions.

The SSA released a statement on Monday and labelled the reports as untrue and unfounded.

The news outlet had reported that despite several attempts to dismantle and evict the extensive corruption from the agency, criminal networks remain “firmly embedded, thanks mainly to former minister Ayanda Dlodlo“.

The report suggests that when Dlodlo became Minister of State Security in 2019, she “lifted the suspensions of several senior executives and rescinded the axing of some employees accused of large-scale fraud, money laundering, and corruption”.

These allegations have been refuted.

“The Agency wants to place it on record that the decision to uplift the suspension of some members and to bring them back into the organization was done procedurally with no intention to entrench the alleged ‘criminal networks”, reads the agency’s statement.

According to the SSA’s Acting Director General Gab Msimang\, the decision was taken upon realisation that the period of suspension for those suspended implicated had lapsed.

“The Intelligence Services Regulations of 2014, provide that a member may not remain suspended for more than a period of eighteen months without being charged and most of these people had been on suspension for more than the regulated period” Said Msimang.

“The Agency therefore took the correct decision to reinstate these members because it was in violation of its own regulations.”

The agency said that it was fully aware that some of the members who were reinstated still faced allegations of corruption.

It said that it has since instituted a probe conducted by a forensic investigations firm in the Agency and reassured that investigations against implicated members were ongoing.

“It is therefore not correct to say that the investigations launched to probe corruption have “fizzled out”, in fact these have actually been intensified because the Agency is now working very closely with the National Prosecuting Authority’ Investigations Directorate to follow up and prosecute these matters” said Msimang.