Aside from the well known risks of diabetes and obesity, ice cream really does have the potential to make you very sick. 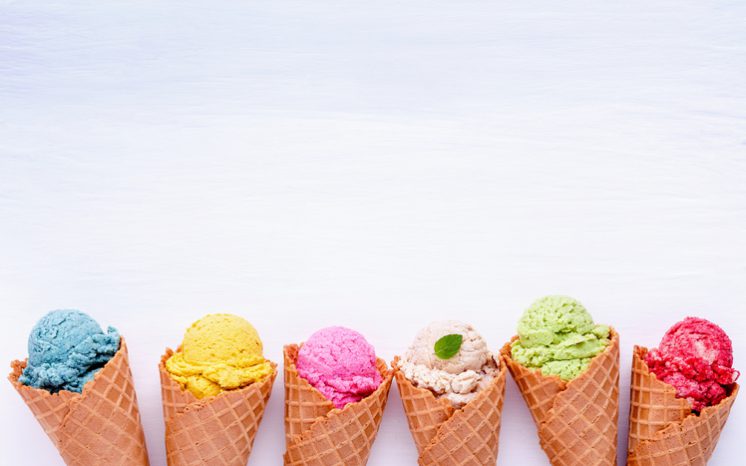 You might take every precaution when barbecuing burgers and grilling chicken wings, but food poisoning could be lurking where you least expect it: in the cold desserts we turn to after a long day in the sun.

During the summer, more people cook outside at picnics and barbecues, removing the safety a kitchen provides – the sink to wash your hands in, the sterilised counter tops to prepare food on, the thermostat-controlled cooking and refrigeration to kill bacteria…

An estimated one million people are affected by food-borne disease in the UK every year, costing the economy in excess of £1 billion. The usual bacterial suspects include Campylobacter, Salmonella, E. coli and Listeria, all of which thrive in the summer’s warmer temperatures, causing spikes in the number of food poisoning cases reported. 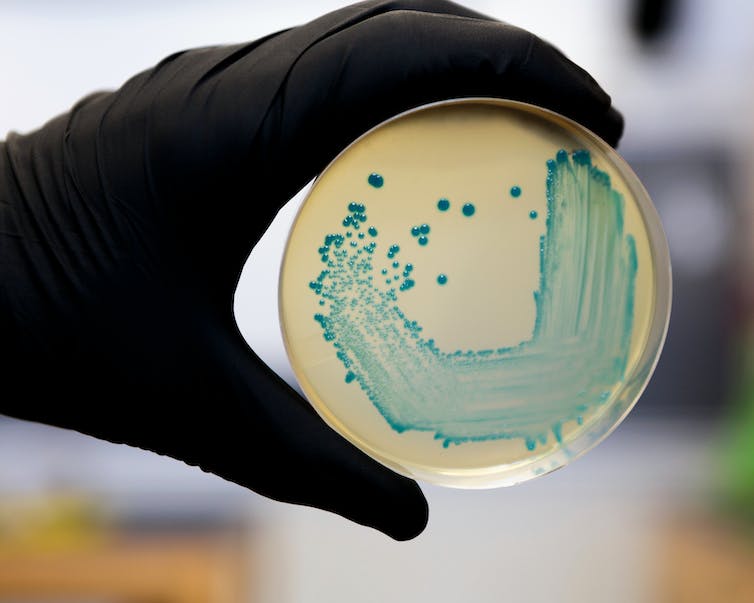 Food nourishes us and it offers the same appeal for bacteria – providing a rich supply of nutrients needed for growth and multiplying. When we eat contaminated food, our body responds with symptoms including stomach cramps, diarrhoea, vomiting, nausea and loss of appetite. We’ve got much better at preventing contamination in barbecued meat, but what else are we missing?

Aside from the well known risks of diabetes and obesity, ice cream really does have the potential to make you very sick. In 2015, five people were hospitalised and three died after eating ice cream that had been contaminated by Listeria in Topeka, Kansas.

Such cases are rare and were through no fault of the consumers. Food manufacturers have checks and strategies to ensure the safety of ingredients, but even the best have recalled products that were contaminated at their outset. In the case of Topeka, Listeria bacteria were present in the ice cream from Blue Bell Creamery at levels of one and ten colony forming units (cfu) per gram. This is actually significantly lower than the maximum permitted value for frozen desserts in the UK, which is 100 cfu per gram. As if to illustrate the point, several companies have had to recall ice cream for suspected contamination with E. coli in the past.

However, ice cream can also pose a danger after purchase if it has melted and then been refrozen. This often happens when it is taken from the freezer, left out to thaw and then returned to the freezer before being taken out again to eat later. Ice cream melts fairly rapidly at room temperature and the milky, sugary, liquid concoction is a perfect petri dish for bacteria like Listeria, essentially the second time you dig into the tub.

Your best defence from a brain freeze-stomach ache combo is to avoid leaving the tub out and to put it back in the freezer once you’ve scooped out the amount you want. Double dipping with a dirty spoon is also not only inconsiderate, it’s an invitation to every nasty bug nearby. 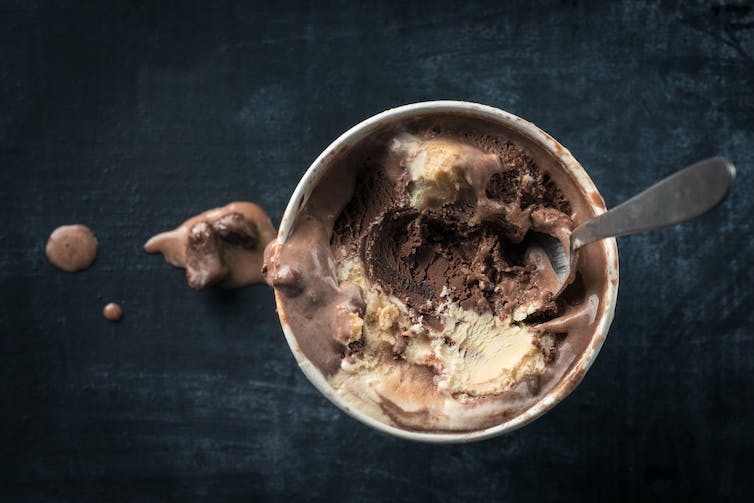 Never turn your back on ice cream. Picture: Shutterstock

For the intrepid, there are many options for DIY ice cream treats. However, you may end up traversing more than an online recipe if you opt for raw eggs in the base, as hundreds of people find out each year after succumbing to Salmonella poisoning.

Commercially manufactured ice cream is typically made with pasteurised eggs, and so it’s recommended to only use pasteurised milk and cream when making homemade ice cream. Even then, there are still dangers with using pasteurised products and so starting with a cooked base is advised to be on the safe side. 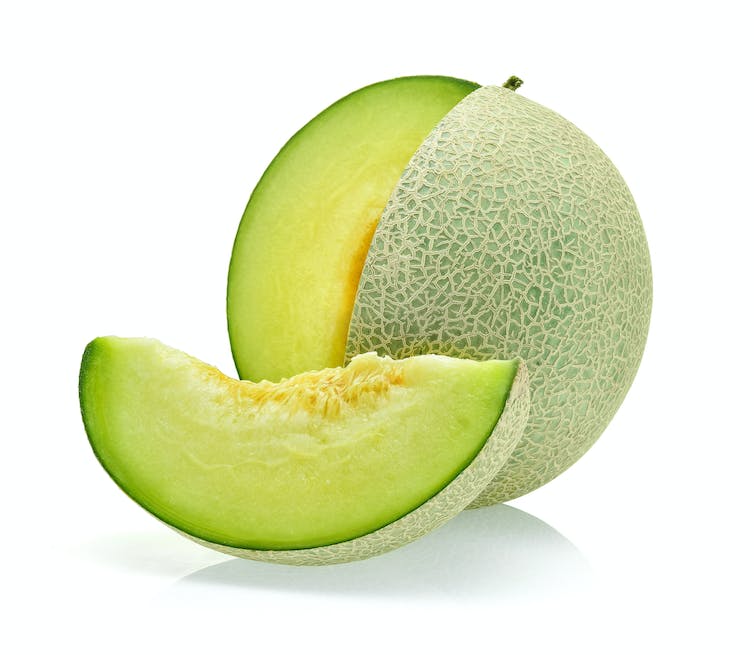 And it isn’t only processed food and drink that can ruin your weekend. Cantaloupes and watermelons have been linked to Salmonella, E. coli and Listeria outbreaks, as pathogens from the soil can reside in the fruit’s skin. Washing your fruit under running water is usually sufficient, but bacteria can be introduced to the inside of the melon if the outside is not washed properly, giving them all the nutrients they need and the proper temperature and time to grow. Many bacteria produce a smell which indicates that the fruit is past its best, but Listeria can grow in the fridge with no smell or taste.

If you’re worried about any nasty surprises from food you thought was safe, take comfort in the fact that the typical advice is usually the best. Wash your hands thoroughly, monitor the temperature of your food and ensure you don’t leave food in the warmth for too long.

Recipe of the day: Traditional South African pickled fish
6 hours ago
6 hours ago

Recipe of the day: Martha Stewart's one-pot seafood risotto
3 days ago
3 days ago

Recipe of the day: Traditional South African pickled fish
6 hours ago
6 hours ago

Recipe of the day: Martha Stewart's one-pot seafood risotto
3 days ago
3 days ago