A glaring weakness in South Africa’s proposed NHI is care for migrants, as the country's current NHI legitimises the exclusion of international migrants from the public health system. 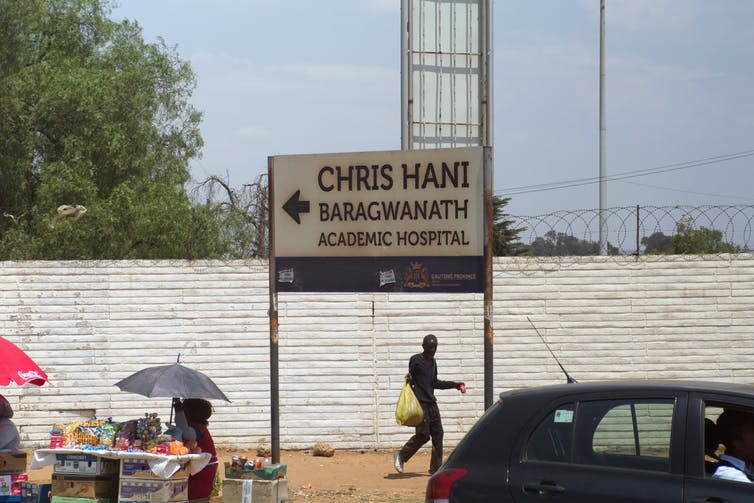 The South African government has taken up the challenge. President Cyril Ramaphosa has underscored the government’s commitment to introducing South Africa’s verion of universal health coverage. He said that the revision of a new law to implement National Health Insurance (NHI) was at an “advanced” stage. The aim is to ensure that all in the country have access quality healthcare, without prejudice or financial detriment.

The country still has a long way to go. A recent report on the 11 districts where the NHI was piloted found that the projects were plagued with problems. Medicine stock levels in clinics and hospitals couldn’t be monitored because there was no internet connectivity, and vacant posts couldn’t be filled because posts had been frozen. Teams of medical specialists were expensive, overworked and failed to achieve targets of improving infant health.

According to the World Health Organisation (WHO), three features must be present for universal health coverage to be achieved.

The first is that the services provided must be extensive and include health promotion, prevention, treatment, rehabilitation as well as palliative care. The second is coverage, which includes some form of financial risk protection.

The third feature is universality. This means that everyone within the borders of a country must be included. The WHO has emphasised that this means international migrants – irrespective of legal or migration status – must be included too. And that they must be afforded access to a minimum of essential and affordable healthcare services.

A glaring weakness in South Africa’s proposed NHI is care for migrants. Rather than addressing its aims of ensuring equitable access to quality healthcare for all, the NHI – in its current form – legitimises the persistent exclusion of international migrants from South Africa’s public health system.

South Africa is home to approximately 4 million international migrants, around 4% of the total population. Most are from elsewhere in the Southern African Development Community region and have moved to South Africa in search of more work opportunities.

But migrants living in South Africa struggle to access public services – including healthcare. This is the case even though they are legally entitled to these services. Reports of people being turned away from government health facilities due to immigration status, nationality or language spoken are widespread.

Migrant women in particular have experienced multiple challenges when attempting to access antenatal care, including at the time of delivery. Some facilities have even refused to allow women to take their newborns home if they couldn’t pay for services.

Looking after the health of migrants is good for economic and social development. Excluding international migrants from the public health care system can result in a population wide risk. Denying a part of the population access to preventative and curative health services, undermines efforts to control infectious diseases – including HIV and tuberculosis. This has particularly worrisome implications for current HIV treatment as prevention interventions.

The question, then, is will the NHI build on these provisions and make the situation better for international migrants? Or will the NHI be in contravention of South Africa’s constitutional commitment to the rights and protection of all who live in it?

How can the South African government make sure that international migrants don’t get left behind in efforts towards universal health coverage?

The answer is two-fold. First, South Africa needs to adopt a “migration-aware” approach to the health system and ensure that this is included in the NHI bill.

Second, the country needs to learn from Thailand. As another low- and middle-income country, Thailand’s successful approach to universal health coverage that includes cover for undocumented migrants, provides important lessons. In Thailand, health insurance for documented and undocumented migrants has been introduced, and the provision of migrant-friendly services has been strengthened.

To achieve universal health coverage, there needs to be concerted effort across all of society. Political will and effective policies are paramount but it’s equally important to provide correct information and society wide education.

This will be difficult to implement in South Africa given the hostility international migrants face from community members and healthcare providers. Migrants are regularly blamed for a range of ills in the country, including unemployment, disease and poverty.

South Africa’s newly appointed Minister of Health, Zweli Mkhize, recently promised a social compact on health. But it remains to be seen if this will reflect the importance of engaging with international migration as the government grapples with finalising its’ plans for universal health coverage.

US envoy to Haiti resigns, slams migrant deportations
1 month ago
1 month ago

US envoy to Haiti resigns, slams migrant deportations
1 month ago
1 month ago