The novel coronavirus has spread rapidly in South Africa in the past week, leaving many foreigners in a state of fear. 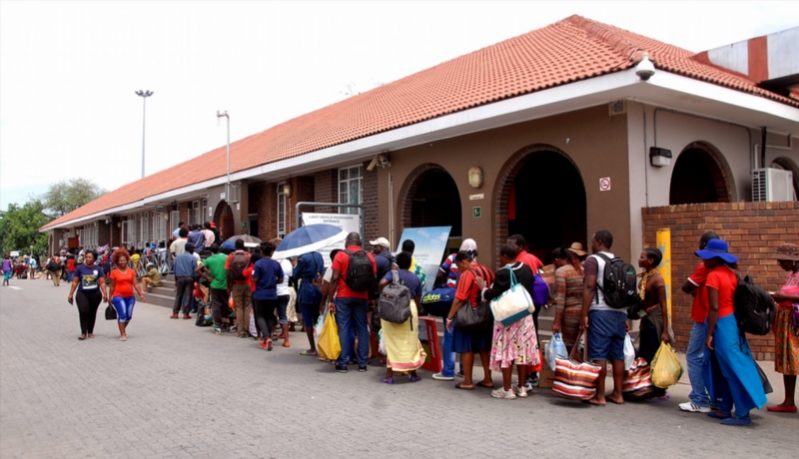 Although they know that there’s a global pandemic, they are prepared to take the risk because they need to support their families back home.

Foreign nationals frequent the Beitbridge border post, outside Musina, Limpopo, which is one of South Africa’s busiest land ports.

It links South Africa to Zimbabwe and other parts of the African continent.

The many foreigners who frequent the port rely on South Africa for work opportunities so that they can earn a wage.

But the novel coronavirus (Covid-19) has spread rapidly in South Africa in the past week, leaving many foreigners in a state of fear. At the time of publication, there were 62 cases.

On Sunday, President Cyril Ramaphosa declared the outbreak a national disaster in terms of the Disaster Management Act.

Wellington Kwangware, 33, a truck driver in South Africa, spoke to News24 shortly after crossing the border on Monday afternoon after he was screened for symptoms of the coronavirus. Kwangware said he was checked and cleared before he was able to cross over.

Although he was relieved that he was allowed to enter, he was worried because of the growing number of cases reported in the country.

“I’ve heard about the cases in South Africa and my family back home is worried. But I have to go and work,” Kwangware said.

Kwangware added that his employer had briefed employees about the virus and issued precautions to them. Among these was hand washing, he said.

The port is not one of the 35 land ports of entry which Ramaphosa said would be closed.

It was business as usual at the port as many rushed to queue and countless vehicles made their way through the boom gates.

Mabutsho Nyamazana, who has worked as a truck driver for nine years, said his family in Zimbabwe was concerned about him because he frequented the border as part of his job.

He added that his employer advised employees to be careful and take precautions.

Those who went through the screening process at the port described it as easy.

However, they said officials did not educate them enough about the virus.

Nyamazana said since the outbreak, he has seen changes at the ports he frequents.

Speaking at a media briefing in Pretoria on Monday, Home Affairs Minister Aaron Motsoaledi said Beitbridge would remain operational because it was the main gateway to Zimbabwe and other countries on the continent.

The minister said the port had 124 officials. He added that 90 additional staff, from ports that had closed, would be deployed to assist at the Beitbridge border.

News24 was not allowed to enter and observe some of the measures put in place at the port.

When approached telephonically, head of port control Stephen van Neel said the entry “is a national key point and a restricted area”.