Mkhize also said that he had ordered the deployment of health experts to bolster the Eastern Cape province in the fight against Covid-19. 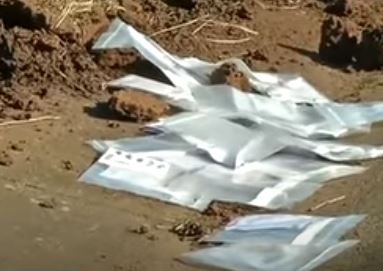 Health Minister Dr Zweli Mkhize has called for the services of the courier company that lost a cargo of Covid-19 samples in transit on the N2 in the Eastern Cape, to be suspended.

During an interview with 702, Mkhize called the incident disappointing and described it as negligence.

“The tests lying on the road was disappointing, it seems to be the courier company, we’ve asked for these services to be suspended. We cannot have this type of negligence. We are grateful to those who spotted and reported this matter.”

Mkhize’s statement comes as the National Health Laboratory Services [NHLS] announced that it is taking legal action against the couriers Gibela Trade and Invest over the incident.

On Monday, eNCA reported that hundreds of test kits were discovered lying on the N2 by a jogger.

NHLS said at the time that it had sent a manager to the site to collect the samples.

There were 80 samples in total and the bulk were for Covid-19 testing, it said. Among those were three urgent samples referred from NHLS’ Bhisho laboratory.

An initial report from the courier company suggested that the samples were lost after the bakkie’s canvas cover had opened without the driver realising it.

The pathology services institution also said that it sent nurses to re-test the people whose samples were found on the roadside.

Mkhize also said that he had ordered the deployment of health experts to bolster the province in the fight against Covid-19.

“We’ve sent a number of people to the Eastern Cape. We are sending reinforcements to the province and keep going there to inspect the progress; we are seeing changes and are monitoring the situation.”

On Tuesday, Premier Oscar Mabuyane admitted that the province’s health system was overwhelmed and asked President Cyril Ramaphosa for the support of the SA National Defence Force’s medical team.

On Thursday, NHLS spokesperson Mzi Gcukumana said an investigation was still under way and that the courier company was expected to file a full report of the incident.

An internet search of Gibela Trade and Invest shows that they have offices across the country, with a local office in East London at 9 Windsor Road in Vincent suburb.