The City of Johannesburg says it will implement load shedding on its customers as required. 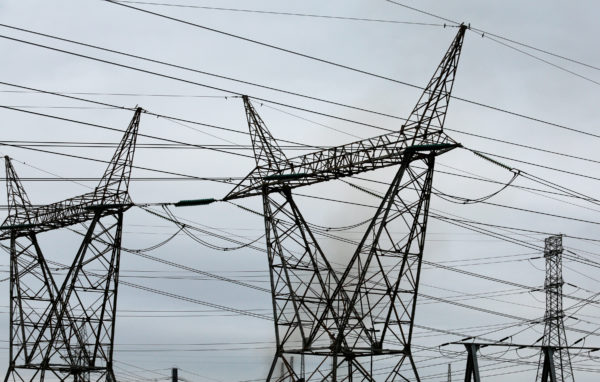 The City of Johannesburg has backtracked on its stance that it won’t implement load shedding for its residents.

This is after the city on Saturday evening rejected Eskom’s scheduled stage 2 load shedding.

The metropolitan municipality argued that it is qualified to be exempted from stage 1 and 2 load shedding as it has secured additional power supply capacity from Kelvin Power Station in Kempton Park.

The city said it had written a letter to Eskom to notify it of the added capacity.

Eskom announced stage 2 load shedding from 9pm on Saturday and until 5am on Monday due to a shortage of generation capacity.

The power utility then further extended load shedding to Monday and Tuesday night.

In a joint statement, City Power explained that it had reached an agreement with Eskom “to work together in the national interest and to protect the national grid”.

“Eskom and City Power will continue searching for a lasting technical solution which would result in City Power customers in the City of Johannesburg being partially excluded from load shedding,” the utility said.

However, Johannesburg mayor Mpho Moerane has also said he was considering taking legal action against Eskom for the ongoing blackouts.

Moerane described the planned load shedding as “an unwarranted decision that can not be left unchallenged on behalf of the people of Johannesburg”.

“If how Eskom treats the city is anything to go by, then it is understandable why Johannesburg residents have so many complaints about the national utility’s customer service.

“Therefore, the city is now prepared to go the legal route to halt Eskom’s impunity against the people of Johannesburg, especially those whose Eskom accounts are up to date,” the mayor said.

Meanwhile, the Democratic Alliance (DA) in Johannesburg has since called on Moerane to resign for his “misleading lies” on load shedding.

The DA accused Moerane of being a “political gimmick” for claiming that Johannesburg residents would be protected from load shedding.

The party said the lights were still switched off for residents according to the schedule, despite the mayor saying otherwise.

“This was absolutely nothing more than a cheap, shallow and inconsiderate election stunt by the ANC. In a media statement yesterday, I exposed this lie and laid bare the facts of how it was impossible for City Power to offset loadshedding using additional supply from the Kelvin Power Station,” DA mayoral candidate for Johannesburg Mpho Phalatse said in a statement.

“The confusion around whether residents would experience load shedding or not, was unnecessary and selfish. This once again proves the ANC’s inability to govern effectively, and rely only on blatant election lies as a last ditch effort to win votes.

“The DA calls on M]mayor Moerane to resign for this terrible failure of responsible leadership. This is not a man worthy of the role of mayor,” Phalatse added.

Earlier this month, Eskom dismissed denied reports that it had entered into a deal with the City of Johannesburg to take over the supply power to some of the metro’s communities.

This is after ANC in Johannesburg claimed that a power purchase agreement had been signed between the metro and Eskom, which would see City Power improve supply to areas in Soweto, Orange Farm and Ivory Park.

The party later withdrew its statement after Eskom indicated that only a memorandum of understanding (MOU) was signed between the two entities.